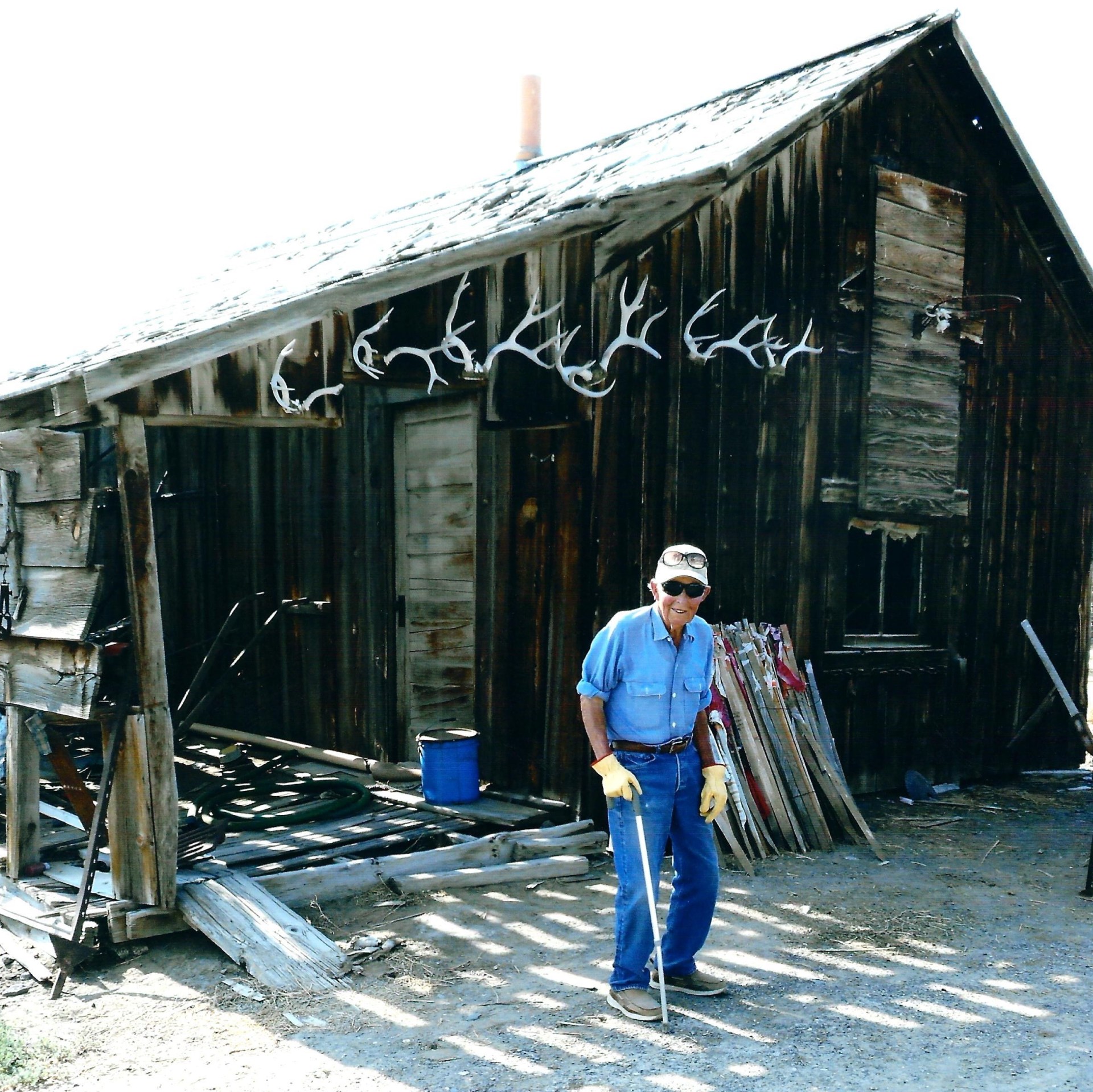 Karl Weishaupt in front of the original house built on the Weishaupt Homestead in 1918. Image courtesy NDA.
Share
0
FacebookTwitterPinterestLinkedinTumblrRedditWhatsappTelegramEmail

SPARKS—Two Fallon farming families, the Lattins and Weishaupts, were recognized this month by the Nevada Department of Agriculture as Centennial Farms and Homesteads, joining more four dozen other farms and ranches who’ve earned the designation.

NDA’s Centennial Awards recognize farms or ranches that have belonged to families for at least 100 years and operated a minimum of 160 acres or totaled at least $1,000 in yearly gross sales. The biannual awards were launched in 2004 and, with the addition to these two latest families, have been given to 54 families.

NDA provided these histories on the Lattin and Weishaupt farms:

Lattin Farms, a well-known name across northern Nevada, was purchased by George William Lattin in 1918. Lattin purchased an 80-acre parcel of farmland that was later sold to his son Ralph, who grew alfalfa, corn and cattle. Upon returning from World War II in 1946, Ralph’s two sons, Bill and Dick purchased a neighboring farm as the Lattin brothers.

Albert and Addie Weishaupt bought 80 acres in 1918 and built the Weishaupt Homestead where they farmed the land for alfalfa and raised dairy cows, sheep, hogs and turkeys. In 1946, Albert and Addie’s youngest son, Karl, returned from serving in World War II, marrying Bettie Atwater and raising three children. In 1977, Karl and Bettie bought the home from his parents. Bettie passed away in 2013, but at the age of 95, Karl still lives on the family ranch where his son, Dana, continues to farm.

See the full list of Centennial Farms and Homesteads at agri.nv.gov/Centennial_Awards.