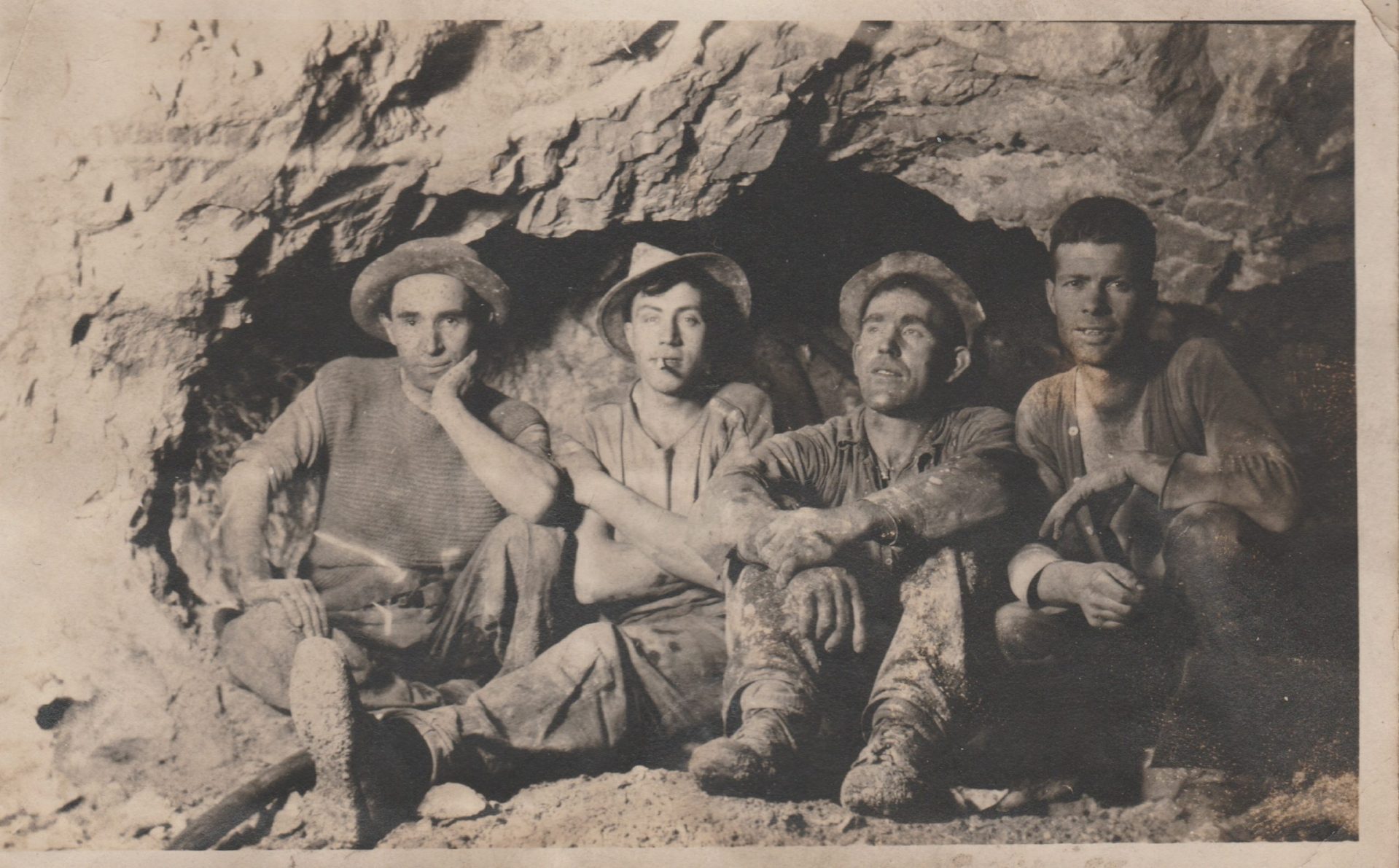 Charles Kerckhove, second from left, with other miners working the Mac Namara Mine in Tonopah in 1921. Image provided by Mark Meganck
Share
1
FacebookTwitterPinterestLinkedinTumblrRedditWhatsappTelegramEmail

Mark Meganck is a qualified guide in the medieval city of Bruges, Belgium, a major tourist destination in Europe. In mid-November, while researching the American branch of his family, he stumbled across our article, “Nevada’s original pandemic,” which included a look at how Tonopah had been hard hit in the 1918 flu pandemic. Meganck’s grandparents lived in Tonopah for a short time just after the pandemic, arriving nearly 100 years ago—Dec. 11, 1920. Here, and in two more articles, he takes us through his family’s history in the Nevada desert.

On Dec. 11, 2020, it was exactly 100 years ago that my grandparents, Charles Kerckhove and Irma Vangheluwe emigrated from Belgium to the city of Tonopah, Nevada. From documents filed at Ellis Island, the island near Manhattan where every emigrant passed through at the time, I found in 2001 the final destination of their trip as well as the family with whom they’d join.

It was in 2011, after the death of my mother, Eveline Kerckhove, that I realized that I knew little or nothing about the composition of her family and more specifically about the American branch. My grandmother Irma had three sisters: her youngest sister Alida lived in the city of Torhout, Belgium; the second sister Héléna lived in Arras, France; and the oldest sister Adronie lived in America.

The famous Ellis Island documents formed the basis in my search for the American branch of the family.

My grandparents’ final destination, Tonopah, was 2,600 miles west of New York and was known for its silver and gold mines. It was rather an exception that Belgians sought it so far in the Nevada desert in the twenties of the last century. You really had to know someone on the spot to want to travel there as a Belgian. So, the family member they went to was the oldest sister, Adronie.

Adronie had already emigrated to Seattle, Washington, in 1910 at the age of only 17, probably due to the bad economic situation in Belgium. Until now no one knows exactly when she made the crossing and who her sponsor would have been. In 1912, she married a certain Alfons Naert who worked as a hoist engineer in Tonopah at the Mac Namara Mining Company. Thanks to him, my grandfather Charles could easily find work in his company. Adronie and her sister opened a boarding house in Tonopah, where miners could stay.

I found the original marriage certificate of my great aunt Adronie in the online archives of Washington State in early 2012. One of the witnesses was a certain Jules Maes, who had opened “The Maple Leaf Saloon” in the Van Asselt district of Seattle. According to the 1996 Seattle Times, Jules Maes’ restaurant was “The oldest continuously operating saloon in Seattle.” Alfons Naert and Jules Maes knew each other from the past because they came from the same region in Belgium.

Alfons and Adronie had three children: Albert L, born 1912 in Portland, Oregon; Morris, born 1913 in Trenton, Washington; and Raymond born 1916 in Douglas, Alaska. Over the years, the first names were changed to their middle name because it sounded more American, and the family name changed according to the pronunciation: Albert (Alfons) and Edna (Adronie) Nort (Naert).

On the Ellis Island document, there is also a box with “family of the country of origin.” Thus, it was written “Widow Kerckhove, Korenbloem, Torhout” (Korenbloem is the name of a hamlet in the city of Torhout).

Behind this mention hid a family tragedy. My grandfather’s father, Camille Kerckhove, was brutally murdered in 1909 at the age of 43 near the windmill of the family Kerckhove in Torhout, where he worked as a miller with his brother Francis. The suspected killers and competitors were arrested at the time, but released due to lack of evidence, leaving Torhout in an uproar. I suspect this was the reason why my grandfather Charles went to adventure in the U.S. at the time. However, I was too young to ask him; I was only 11 when my grandfather died in 1970.

So, this was the beginning of my setting, along with an old photo album from the 1920s and 1940s, filled with black and white photos from the U.S. and Belgium, showing themselves and many other unknowns. My grandparents were married on Nov. 18, 1920, less than a month before sailing across the Atlantic. The goal that I had in mind at the time was to be able to stick as many names as possible on the countless faces, including the stories behind them. Who knows if I would succeed?

Besides this photo album I had one last but important starting point to find my family, namely an American cousin of my mother, Robert Higgins, and youngest son of Edna Nort. The family ties were more complicated than I could have imagined: Edna was married twice. In 1922, Edna Nort filed for divorce from Albert/Alfons, and in June 1924 she remarried in Detroit, Michigan, to Robert Higgins Senior. They had one child together in 1925: Robert Higgins Junior. So, Bobby, as my mother used to talk about her cousin, had three older half-brothers: Albert, Morris and Raymond.

After a year of searching I called “Bobby” Higgins–he was 87 years old–on Friday evening, Feb. 24, 2012, for the first time. During my search, I wasn’t sure Bobby was still alive, but I secretly hoped so. It was thanks to his wife Beverley Ardith Richards, a passionate genealogist, that I found a fairly detailed composition of my family in America on the internet through the website “FamilySearch.” At that point I was sure that this data was posted on the internet by family of Edna Nort.

Bobby first lived in Detroit as a firefighter for 25 years, then moved to Texas and finally to Leesburg, Florida, because of the good climate. He participated in the Normandy landings in 1944, and afterward visited my grandparents by military Jeep in Bruges following the liberation, when they were still running The Red Lion hotel in Bruges. My mother had always kept a unique photo of this in her own photo book (photo 3).

The first call to my “second cousin” Bobby will always remain in my memory and started like this. “Do you know Adronie Vangheluwe?” “Oh, that’s the name of my mother!” Bobby said with a typical American accent, and so began an intense correspondence. Bobby was the missing link and has been able to give me the necessary explanation to the American branch of our family for four years, mainly via Skype.

In parts 2 and 3 we’ll share some of the stories and discoveries Mark Meganck uncovered through his correspondence with Bobby and additional research.