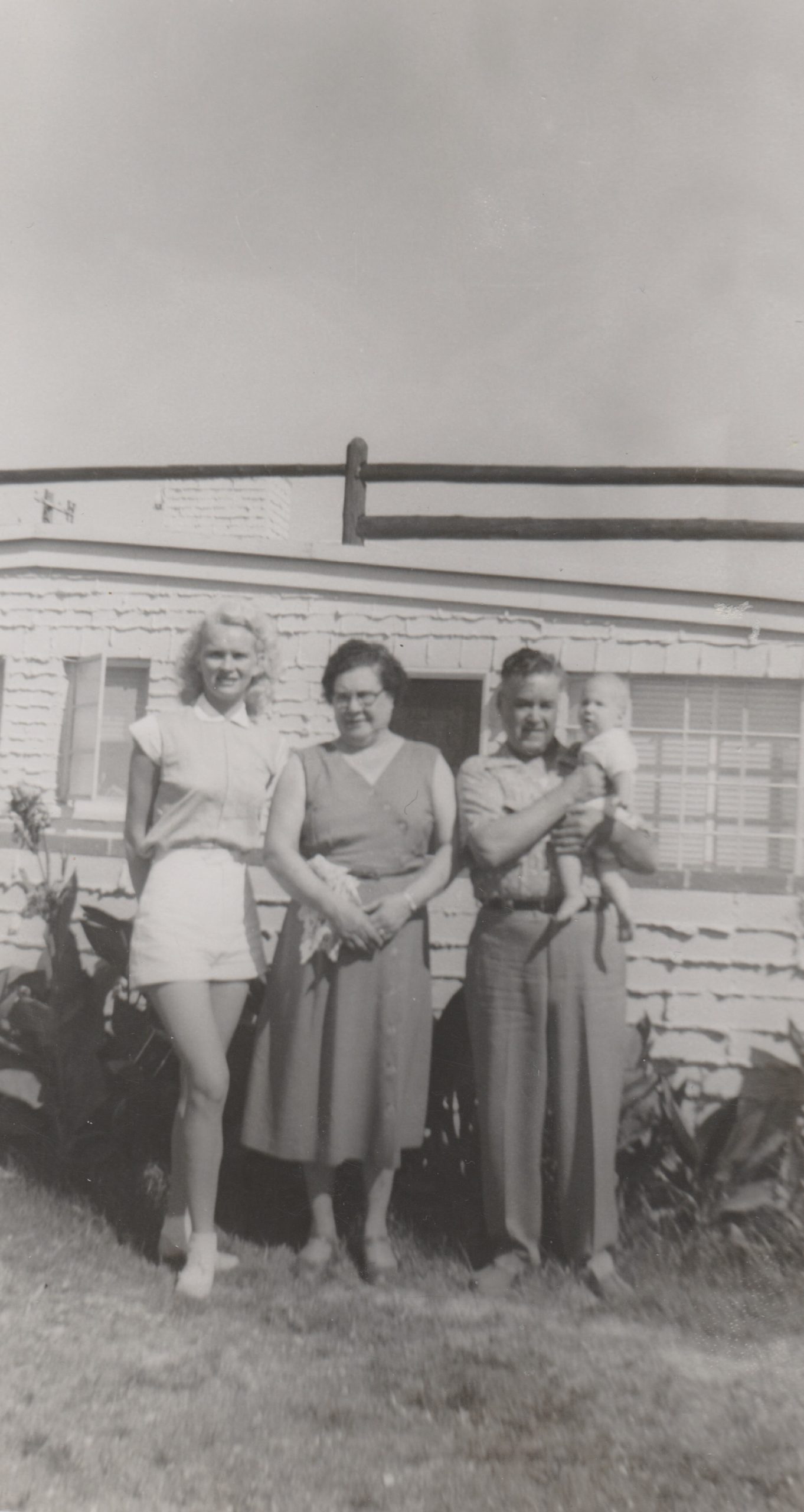 Mark Meganck is a qualified guide in the medieval city of Bruges, Belgium, a major tourist destination in Europe. In mid-November, while researching the American branch of his family, he stumbled across our article, “Nevada’s original pandemic,” which included a look at how Tonopah had been hard hit in the 1918 flu pandemic. Meganck’s grandparents lived in Tonopah for a short time just after the pandemic, arriving nearly 100 years ago—Dec. 11, 1920. This is the third of three articles where he takes us through his family’s history in the Nevada desert. Read the first part here and the second part here.

When we left off in part 2, Mark’s great-grandmother Eugenie had just married Richard Van Denbosche in Tonopah, and the three Nort boys returned from a California boarding school for the summer…

I could more or less guess how this family story developed in Tonopah. From there, some of the details are conjecture.

After her divorce in 1922, Edna Nort left for Detroit with her three children, accompanied by her mother Eugenie and husband (I suppose) and her sister and brother-in-law (my grandparents, Irma and Charles).

Albert Nort is remarried to Helen Vandeveir in 1927, for a second time in Washington State, with the same witness Jules Maes.

My grandparents finally left for Belgium on July 24, 1924 with the official reason as visiting parents and relatives. However, they never returned to Detroit. What was the reason for that? I think my grandfather Charles Kerckhove stayed in Torhout to assist his mother, who never recovered from the loss of her murdered husband.

The question remains unanswered whether Eugenie accompanied her daughter to Belgium in 1924. One thing is certain: Eugenie died in Belgium in 1941.

In the photo album, there is a page filled with pictures from 1937. These photos are the only witnesses that Edna returned to visit her family for the first and last time since 1910. The photos were taken in front of the hotel, The Red Lion.

A befriended couple who also lived in Detroit accompanied her: Richard Vandewalle and Euphrasie Bruyneel. It was remarkable that Edna came by ship via Le Havre and the couple by plane. On the way to Belgium she probably visited her younger sister Héléna in Arras because this city was on the way home.

In the Reno Evening Gazette of March 1941 I found this curious title: “Services held for Mina man.” It was an article about Albert A. Nort (Edna’s first husband) who had died at the age of 50 in Mina, just north of Tonopah.

The following was described: “Mr. Nort, a former resident of Tonopah, was employed as a hoist engineer at Nivloc and enjoyed a wide acquaintance in this district. Survivors include two sons, Albert and Morris Nort, both of Detroit, who were here for his services and an eight-year-old daughter, who resides in Mina.” This was his daughter from his second marriage. The two eldest sons, Albert and Morris, had come especially from Detroit to give a final greeting to their father.

After Bobby’s death in 2016, there was another highlight in my further search for the step brothers. In August 2018, I received a visit in Bruges from an American second cousin, Charles Nort of Las Vegas, whom I had discovered by accident in 2017 after I had found an “in memoriam” from his mother Charlotte Nort.

Charlotte Mae Nort was married to Morris Nort, the half-brother to second cousin Bobby. Her biography stated that Charlotte Nort was a member of the famous “Copa girls” who performed at the Sands Hotel in Las Vegas with Frank Sinatra, Sammy Davis Jr. and Dean Martin, the Las Vegas Rat Pack.

In the photo album, I had seen pictures of Morris Nort and Charlotte (I finally knew his wife’s name) in the presence of Edna and grandchild Charles. In 2018, I received in response to my photos that I had emailed to Charles, a film from 1952 where the aforementioned people, including Charles Nort, came to life. It is incredible that I would still see such a film!

For me the circle was complete. In the end, I was able to map out most of the family members.

My ultimate dream, however, was to make a return visit to my second cousin Charles Nort in Las Vegas at the end of this year and from there to travel to Tonopah to explore the place where my grandparents once started. But coronavirus has decided otherwise about this ultimate highlight.

Nevada State News would like to thank Mark Meganck for sharing his family’s Nevada history with us, and with you.