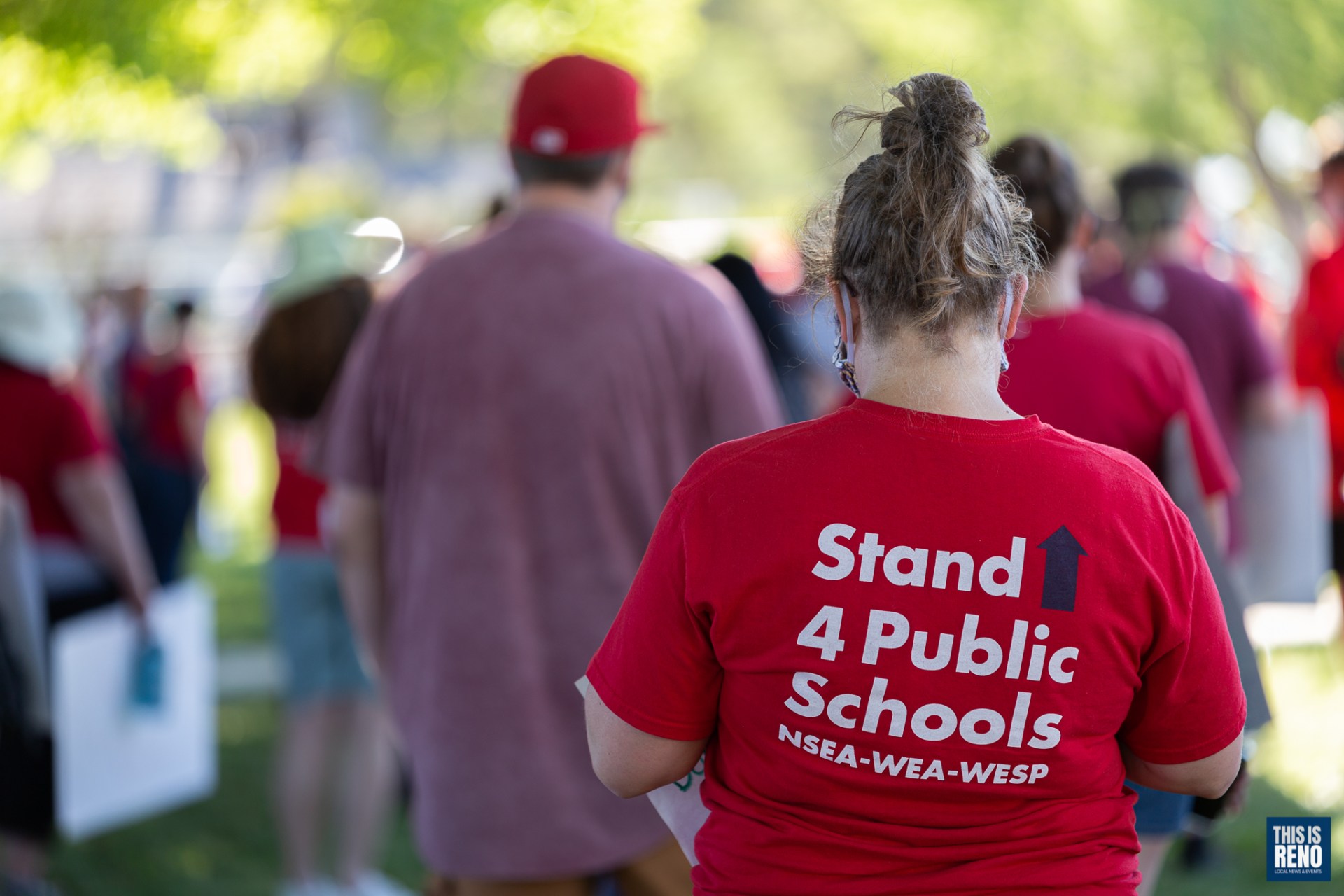 Save Our Schools: Protest and March for Responsible Reopening in Washoe County. Image: Trevor Bexon / This Is Reno.
Share
0
FacebookTwitterPinterestLinkedinTumblrRedditWhatsappTelegramEmail

By SAM METZ and SCOTT SONNER Associated Press/Report for America

RENO, Nev. (AP) — The Washoe County School Board has decided to extend distance learning for middle and high schools in the Reno area until at least Jan. 19 partly because of a shortage of teachers.

Elementary schools will continue to offer in-class instruction for kindergartners through fifth-graders.

The board had decided last month that secondary students would return to a hybrid model on Jan. 4 that combined remote teaching and classroom learning every other day. But on a 5-2 vote Tuesday night, the board agreed to extend the distance learning for another two weeks after the winter break.

Superintendent Kristen McNeill said additional time is needed to put pieces in place, including recruiting more substitutes and to give the health district time to train more contact tracers, according to the Reno Gazette Journal.

“This is really about resources,” McNeill said.

Even with only the district’s 66 elementary schools doing in-person teaching, it’s still short about 90 substitutes a day.

The district is aggressively recruiting substitutes, including those who may only have a high school diploma or GED. It’s turning to billboards and sending emails to recent high school graduates.

Gov. Steve Sisolak signed an emergency regulation last month to allow larger school districts, including Washoe and Clark counties, to hire substitutes who only have a high school diploma. Previously, only rural districts with fewer than 9,000 students could get around hiring substitutes with at least 60 college credits.

The move has drawn sharp criticism from the local teachers union.

“Critics of public education have long said that we are simply glorified babysitters, and evidently the State Department of Education agrees. Except there is no glory either,” the Washoe Education Association said in a letter to McNeill, the superintendent, ahead of Tuesday’s meeting.

“This proposal undermines the professional of education in Nevada, and potentially harms not only students, but also the perception of education in our state,” the letter said.

It comes as Nevada health officials on Wednesday reported 3,053 new cases of COVID-19, with 25 additional deaths. It’s only the third time the state reported more than 3,000 new cases in one day.

The latest numbers pushed the state’s totals to 176,334 confirmed cases since the pandemic began and 2,384 known deaths. Health officials said the state’s rate of positive tests over the past two weeks is 22.3%.