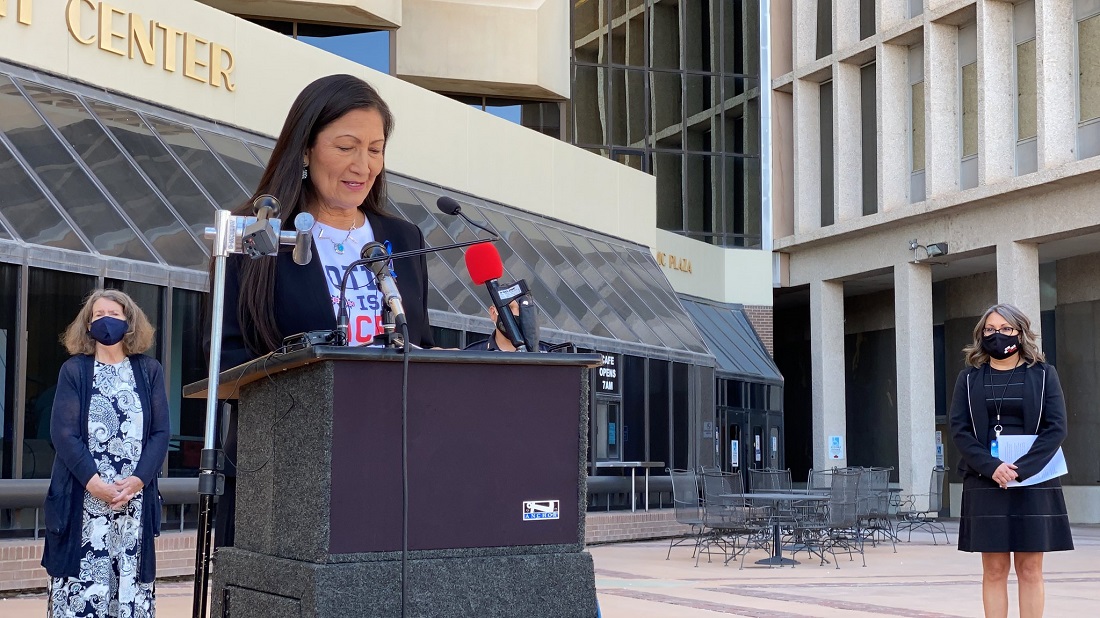 The selections were announced as part of the incoming Biden administration’s climate agenda. Biden made climate change a top issue in his campaign.

Along with Haaland, Granholm and Regan, the transition announced environmental law expert Brenda Mallory would chair the Council on Environmental Quality and former EPA Administrator Gina McCarthy would be a national climate advisor, with longtime Biden advisor Ali Zaidi as McCarthy’s deputy. Zaidi immigrated from Pakistan and grew up outside Erie, Pa.

“This brilliant, tested, trailblazing team will be ready on day one to confront the existential threat of climate change with a unified national response rooted in science and equity,” Biden said in the release.

If confirmed by the Senate, Haaland would be the first Native American person to hold a Cabinet role.

The Interior Department manages about 500 million acres of the roughly 640 million acres under federal control. Through bureaus and offices including the National Park Service, Bureau of Land Management, Bureau of Indian Affairs and the Fish and Wildlife Service, the department sets and enforces federal land use, environmental and tribal policies.

“A voice like mine has never been a Cabinet secretary or at the head of the Department of Interior,” she said. “Growing up in my mother’s Pueblo household made me fierce. I’ll be fierce for all of us, our planet, and all of our protected land.” Haaland is a member of the Laguna of Pueblo.

“You’re taking history full circle,” Grijalva said in a call with reporters Thursday. “You’re taking an Interior Department that for years, its principal responsibility was the legacy of disenfranchisement of Native people in this country…. Now you have an Indigenous person with great capacity assuming the role of running” the department.

“Indigenous people in America have been excluded from nearly every conversation regarding our ancestral lands and its governance,” Taylor Patterson, executive director of Native Voters Alliance Nevada, said in a statement. “We think that this appointment is a step in the right direction in correcting that history. Hopefully, this is the first of many appointments of Native people to cabinet positions.”

Regan, the secretary of the North Carolina Department of Environmental Quality, served in the EPA under both Republican and Democratic presidents “and has a distinguished track record of bringing people together across the public, private, and non-profit sectors to advance environmental justice and seek solutions to environmental and climate challenges,” the Biden team said.

Granholm was the 47th governor of Michigan, serving two terms, and the first woman in history to be the state’s chief executive. The Biden team said that “Granholm’s leadership was instrumental in rescuing the U.S. auto industry, saving one million jobs, and preparing Detroit for a clean energy future.”

Bureau of Land ManagementDepartment of the Interior
Share
0
FacebookTwitterPinterestLinkedinTumblrRedditWhatsappTelegramEmail