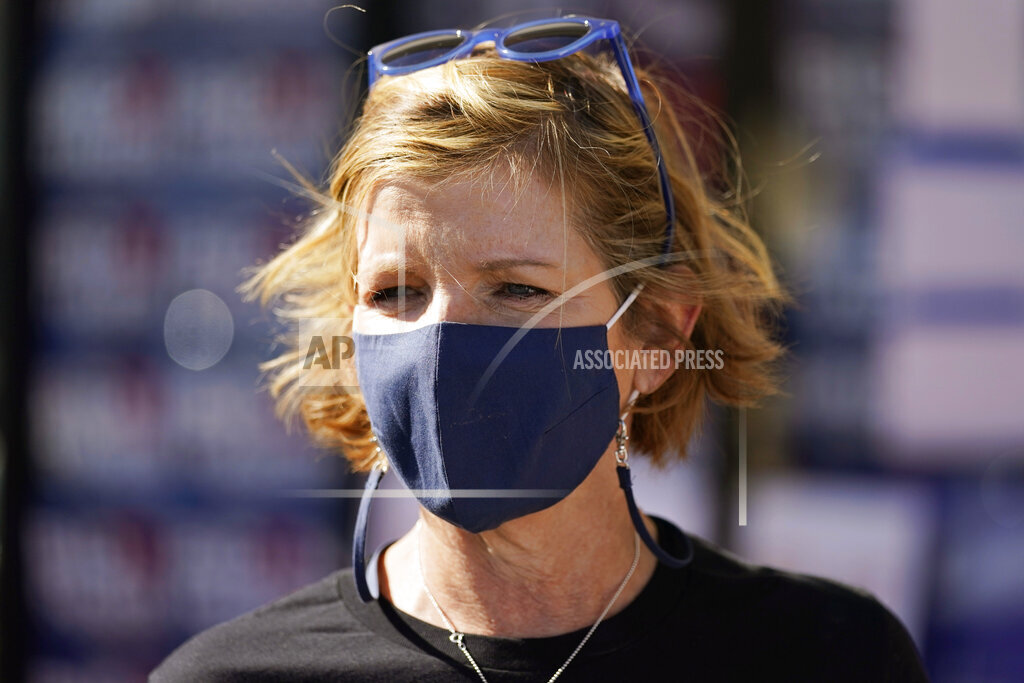 By SAM METZ and SCOTT SONNER AP/Report for America

First-term Rep. Susie Lee won reelection to a second term by defeating former professional wrestler Dan Rodimer in the 3rd District, avoiding the fate of other freshman Democrats who lost reelection bids in Florida, New Mexico and the Midwest.

Republicans believed the Las Vegas-area district offered them their best chance at unseating an incumbent. President Donald Trump won that congressional district in 2016 despite losing Nevada statewide to Hillary Clinton by 2.4 percentage points.

Lee and Horsford’s victories cement a six-year hold on Nevada’s swing districts, which Democrats have won in the three most recent elections, and helps Democrats hoping maintain a majority in the U.S. House of Representatives, where many races remain too early to call with votes left to be counted.

Titus, the dean of Nevada’s congressional delegation, was reelected to a fifth term in a rematch with Republican Joyce Bentley in the 1st District, the most urban in the state. Amodei defeated Democratic challenger Patricia Ackerman to claim a sixth term in the sprawling, largely rural 2nd District where no Democrat has ever won.

Neither a U.S. Senate seat nor the governorship was on the 2020 ballot in Nevada. The two marquee congressional races drew millions in campaign contributions from both parties.

Lee, whose district spans from the California border through Henderson and Boulder City to the Arizona border, said during the campaign that she had to think long and hard before voting to impeach Trump earlier this year and knew it would be used against her during the race. The 6-foot-7 Rodimer campaigned on his wrestling bona fides and said he wanted “to take a folding chair to the Washington D.C. establishment.”

After her win, Lee promised to “pull up a chair and put the federal government to work for the people.” She was hiking in Red Rock Canyon west of Las Vegas when her race was called on Saturday morning.

Lee said in she plans to continue pushing for another economic relief package for Nevada as the coronavirus pandemic continues to ravage the state’s economy. She had not decided whether she would support House Speaker Nancy Pelosi in another bid for speaker and planned to meet with anyone who pursued the position.

More broadly, Lee plans to advocate for federal assistance to bolster workforce development and education in Nevada and to bring new industries to the state beyond tourism and hospitality.

“When we think about Nevada, whenever there is an economic crisis in this country, we tend to have a worst one,” Lee said. “We need to make sure that we continue to be hyper-focused on diversifying our economy and making sure that we have an education system that’s going to support the jobs of the future.”

The 4th Congressional District where Horsford won reelection stretches from Las Vegas into rural central Nevada. It leans Democratic but has been competitive since the Legislature created it in 2011.

Horsford, a former longtime state senator, became the first African American to represent Nevada in Congress when he won the seat in 2012. He lost his reelection bid in 2014, then recaptured the seat two years ago.

“I am proud of the work we have done from providing quality constituent services to all residents to standing up for access to affordable healthcare, getting people back to work safely and responsibly, and working to crush this virus during this pandemic as your congressman,” he said in a statement on Friday after his race was called.