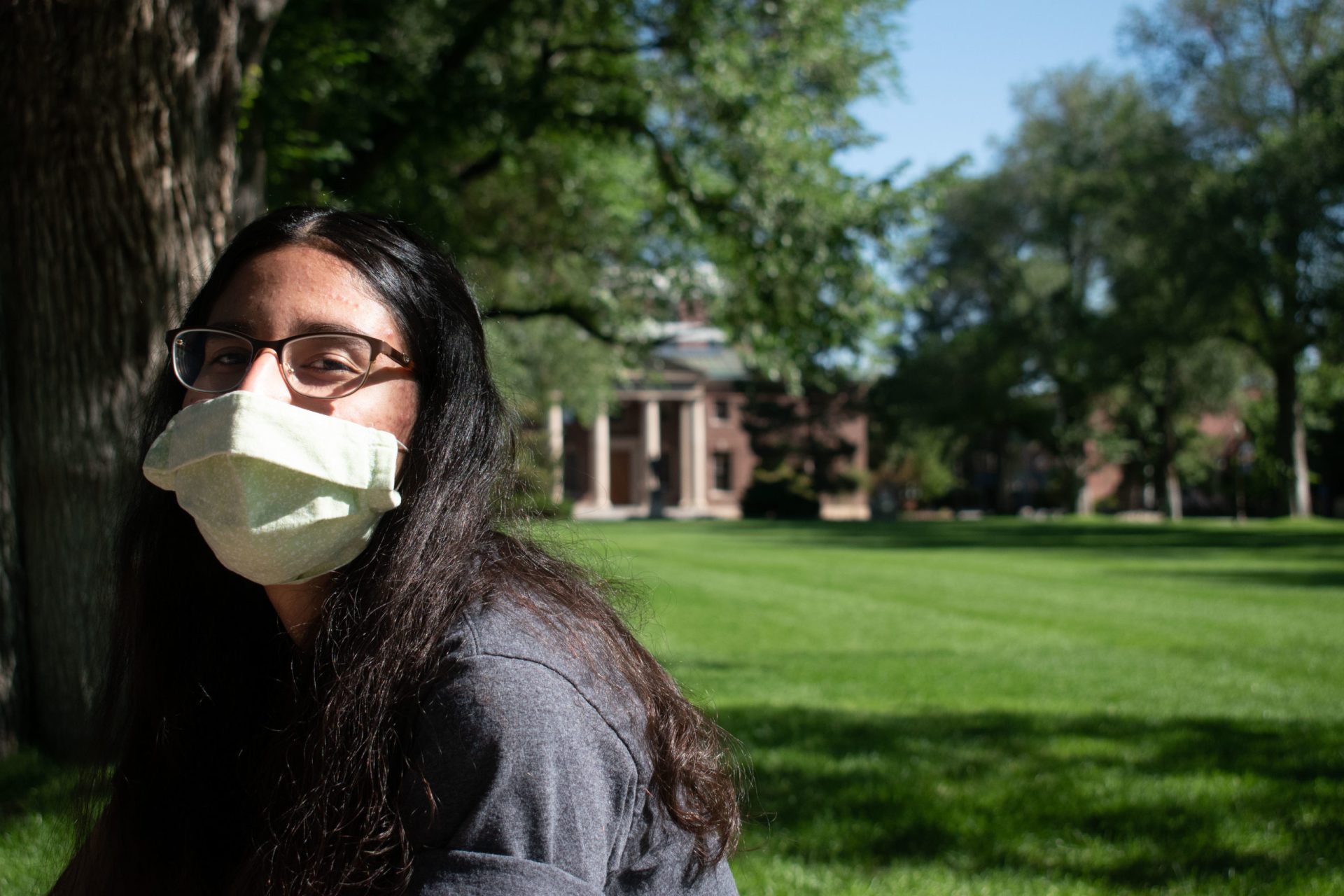 An incoming freshman at the University of Nevada, Reno, wears a mask in the campus's quad. Image: Bianca Wright
Share
0
FacebookTwitterPinterestLinkedinTumblrRedditWhatsappTelegramEmail

LAS VEGAS–Nevada System of Higher Education institutions will give students the option of being graded on a pass/fail, or satisfactory/unsatisfactory, system for grading throughout the 2020-2021 academic year.

This decision was announced by NSHE officials on Nov. 18 and has been unanimously agreed to by the presidents of all of the state’s eight higher education institutions. It comes after the NSHE Board of Regents heard more than an hour and a half of public comment—the bulk of it from students concerned with their grades—during its last meeting on Nov. 13.

Students expressed their concerns about online classes. Many noted they felt their professors were not grading fairly given the extenuating circumstances under which everyone is living day-to-day life amid the pandemic. They also said that their obligations to their families have made focusing on classwork more difficult. Some told the regents that they have jobs lined up following graduation that are contingent upon their grade point averages.

“After careful consideration of the passionate concerns voiced by NSHE students, and in consultation with campus academic affairs professionals, NSHE’s institutional presidents have unanimously agreed to the continuation of the Satisfactory/Unsatisfactory grading option for the 2020-2021 academic year under the authority granted them by the Board of Regents last spring. Our hope in announcing this decision is to alleviate the strain many students are experiencing during this unprecedented circumstance.

“NSHE students will soon receive campus notification with more specific details about their grading options during the COVID-19 pandemic. Those details will include deadlines for requesting an S/U grade, and on some campuses, a limitation on the total number of S/U grades that may be granted during the academic year. Students will be fully supported by academic and financial aid advisors, and provided guidance regarding their grade options, as well as potential consequences of S/U grading, prior to approval of S/U requests.

“The presidents’ decision to extend S/U grading through 2020-21 was not one taken lightly. Using S/U grading can have wide-ranging implications for students with certain scholarships, in particular disciplines, or with an intention to attend graduate school. However, we understand the anxiety that the on-going pandemic and resulting economic downturn have caused for our students, and we believe our campus advisors will provide students with the information needed to make informed and thoughtful decisions.

“I want to thank the Board of Regents for their leadership in first tackling this issue in April during the early days of the pandemic, and for their on-going compassion for student concerns.”

Correction: Students have the option of S/U grading, but will not be forced to accept S/U grading.