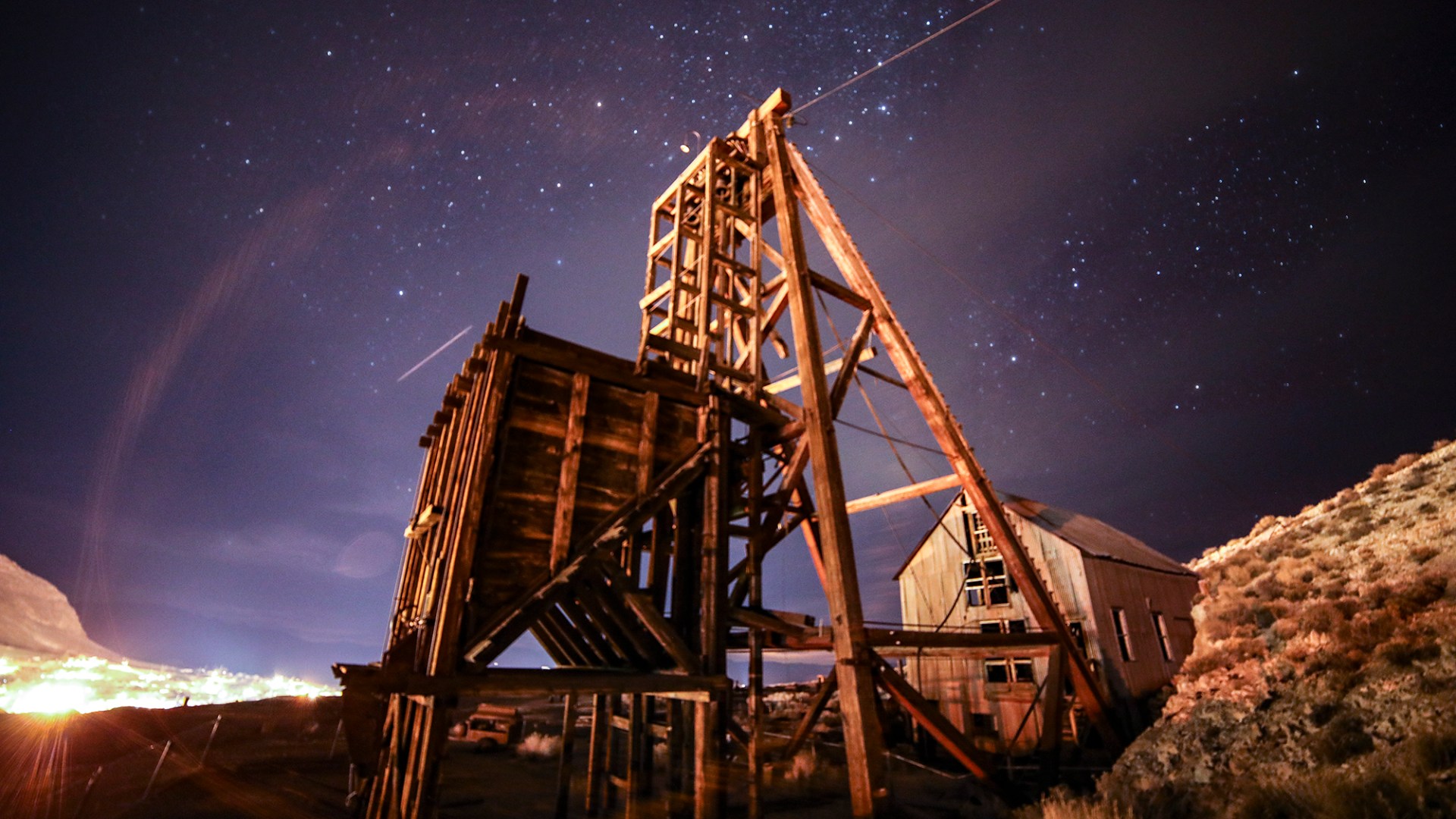 TONOPAH–Scares, semi-precious stones and stargazing: if that’s what you’re looking for in a weekend getaway, one Nevada town can deliver. Tonopah, home of the Clown Motel; active turquoise mines (with tours offered through this month); and some of the best stargazing in the country is just about 230 miles from Reno.

This small community — population 2,478, according to U.S. Census data — was a major metropolis in the early 20th century, with some of the state’s most productive silver mines. Between 1901 and 1941, Tonopah’s silver mines produced a gross yield of $147 million, according to Nevada Humanities, a cultural organization. Powerful state leaders, including U.S. Sen. Key Pittman, called Tonopah home. Others, such as George Wingfield — whose name graces a Reno park and a Sparks subdivision — made their fortunes in Tonopah.

More recently, the town has been in the news for one of its quirkier facets: the Clown Motel. Ownership changed last year, when Hame Anand took over from longtime Tonopah businessman Bob Perchetti. But not before the sale generated national and international attention for an odd stipulation: the motel’s 600 clown figurines and mannequins would have to stay. (If that’s not unsettling enough, the Clown Motel backs up to Old Tonopah Cemetery.)

Not only did Anand agree to take on all that, but he has made upgrades and improvements to the property, as well as created a website for the business, according to Kat Galli, Tonopah tourism and events coordinator. A Halloween Scavenger Hunt Mystery will be held Oct. 29, 30 and 31. For details, visit TheClownMotelUSA.com.

Tonopah also is home to the Otteson family, which runs a string of turquoise mines in the area. The family’s adventures were recently chronicled in “Turquoise Fever,” an INSP network television show currently available on Amazon Prime. Turquoise mining is rough and sometimes dangerous work, according to the show, but if you want to experience it for yourself, check out the Otteson Brothers Turquoise Mine Tours, offered Wednesdays and Saturdays through October. It’s a little pricey ($150 for a half-day, $300 for a full day), but you keep all the turquoise you mine.

After a long day working the mines, drink in the star-filled night skies. Tonopah produces very little light pollution, making thousands of stars as well as the Milky Way visible to the naked eye. Check them out at Clair Blackburn Memorial Stargazing Park, the perfect place to set up a telescope, or just sit on an area picnic bench and enjoy.

Nevada has many small towns, chock full of stories and adventures, to explore. For other ideas, check out the Travel Nevada website Discover Your Nevada, which offers itineraries, deals Nevadans and more.

Chris Moran is a public relations specialist for the Nevada Division of Tourism (Travel Nevada.)