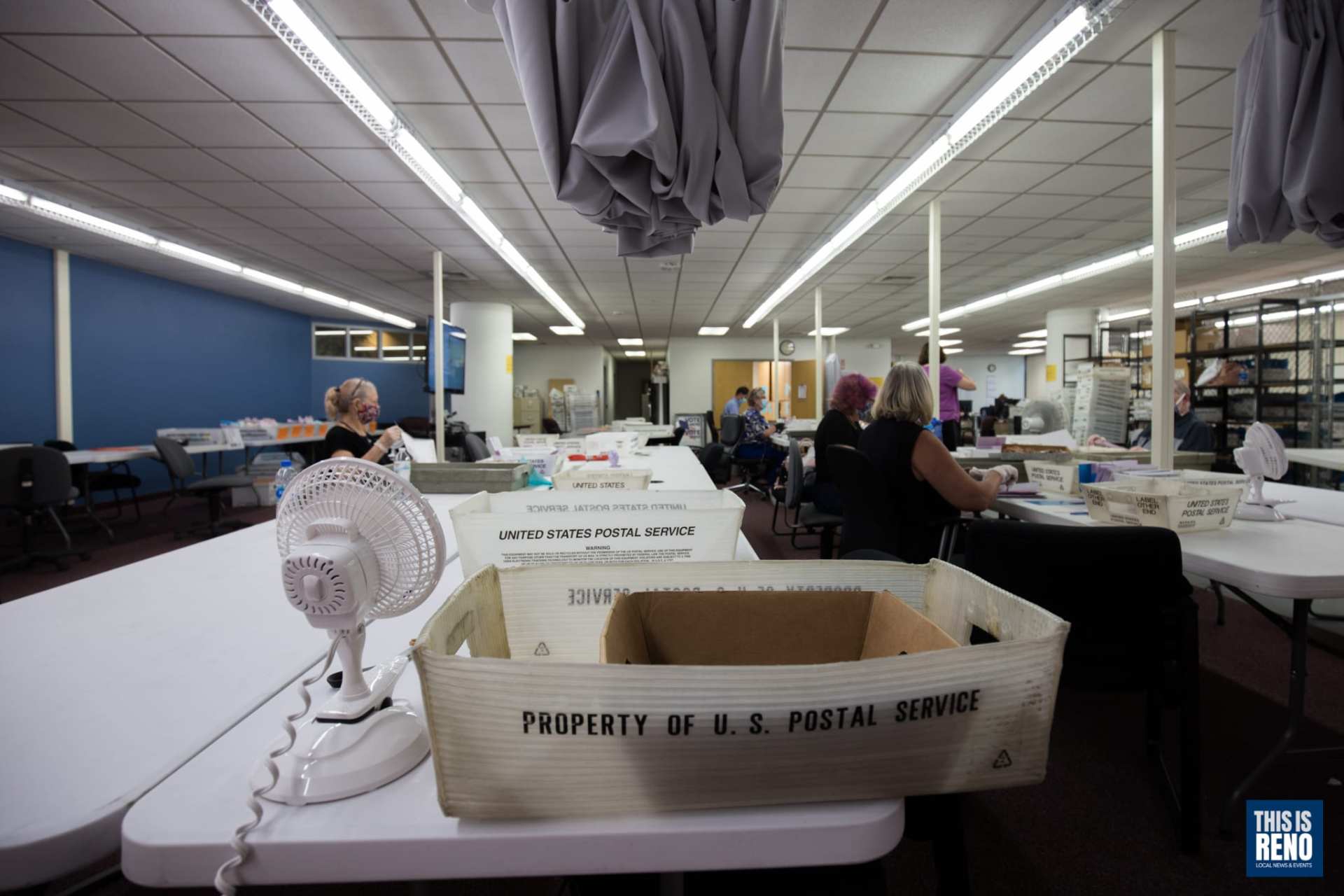 By Don Dike-Anukam, This Is Reno

CARSON CITY — Heavy energy has been driving high voter turnout at early voting sites in libraries, schools, malls and public spaces throughout Nevada and mail-in ballots are streaming into registrars offices throughout the state. Amid this, on Friday Oct. 23, a major development rocked Nevada when the Trump Victory 2020 Campaign and Nevada Republican Party jointly filed suit in Carson City in the First Judicial District Court against Nevada Secretary of State Barbara Cegavske and Clark County Registrar of Voters Joseph Gloria.

In a joint press release the two parties demanded that Clark County and the Secretary of State’s office allow more observers in the counting and verification rooms and locations where ballot signatures are verified in Clark County.

The lawsuit alleges Gloria failed to go through the appropriate process by April for approval from Cegavske’s office for his plan to accommodate observers. It seeks a court order to prohibit the processing and counting of ballots “until the proper procedures are in place.”

Some legal and political observers have speculated about the likely goals and potential impacts of the suit: namely, that failure to comply by the Clark County Registrar’s Office may result in mail-in ballots in Clark County not getting counted altogether. This may slow or shutdown the counting process on Election Day and delay results.

Prior to the filing of the lawsuit, a legal firm representing the Trump campaign on Oct. 20 sent a letter to Secretary Cegavske’s office informing the office they would take legal action if the situation was not resolved.

It read, in part:

“The Trump Campaign’s Petition for Writ of Mandamus, or in the Alternative, Writ of Prohibition, requested” this relief.

Both the Nevada Republican Party and the Trump campaign issued statements in reference to the lawsuit.

Matthew Morgan, general counsel for the Trump campaign, said the lawsuit is part of Trump’s efforts to ensure a “free, fair, transparent election” adding that election officials in the state are avoiding accountability and transparency.

“In a voting system that Democrats rammed into place less than 100 days from Election Day, the highest levels of transparency and accountability are necessary to ensure every valid ballot in Nevada counts—once,” he said.

Nevada Republican Party Chairman Michael J. McDonald said he’s also concerned about transparency and a fair election. “Clark County’s refusal to allow people to observe the handling of ballots and their low standards for matching signatures should disturb all voters,” he said. “It is troubling that those trusted to run our elections are going to have to be compelled by the court to follow state law and protect this election. We join President Trump in his fight for transparency and accountability in Nevada’s election system.”

As soon this issue hit the news and the court docket, Nevada Democrats fired back with a broadside response.

Nevada State Democratic Party Chair William McCurdy II said in a statement, “This lawsuit from Trump and Republicans is nothing more than an obvious attempt to impede record-breaking momentum in Clark County, the most diverse county in the state. Throughout this election, Trump and Republicans have resorted to baseless attacks to undermine confidence in Nevada’s election integrity.

“So, it’s no surprise that now, as Democrats hold a significant mail ballot lead in Clark County, Republicans are making one more desperate play. The demands articulated in the GOP’s lawsuit amount to voter suppression, plain and simple. Like the Trump campaign’s last attempt to interfere with Nevada’s election, this suit is nothing but a sham. Nevadans are tired of the GOP’s bad faith cowardice, and that is why they will remain laser-focused on rejecting Trump for the next eleven days.”

Washoe County appears to have been spared from this issue, for now. Although reports from and concerns raised by political leaders and insiders in northern Nevada suggest this action may spread north to Washoe County where Democrats, as of Monday Oct. 26, had turned out in greater numbers than their Republican counterparts for early and mail-in voting. As of that date, some 7,500 more Democrats than Republicans had voted. A total of nearly 140,000 ballots have been cast thus far in Washoe County.

This much is clear for Nevada: the fight for its six electoral votes may not be just at the ballot box, it may be in the courtroom, too, thus causing some concern of when an outcome could be delivered from Nevada and its most populous county.

Growth not paying for growth in Southern Nevada