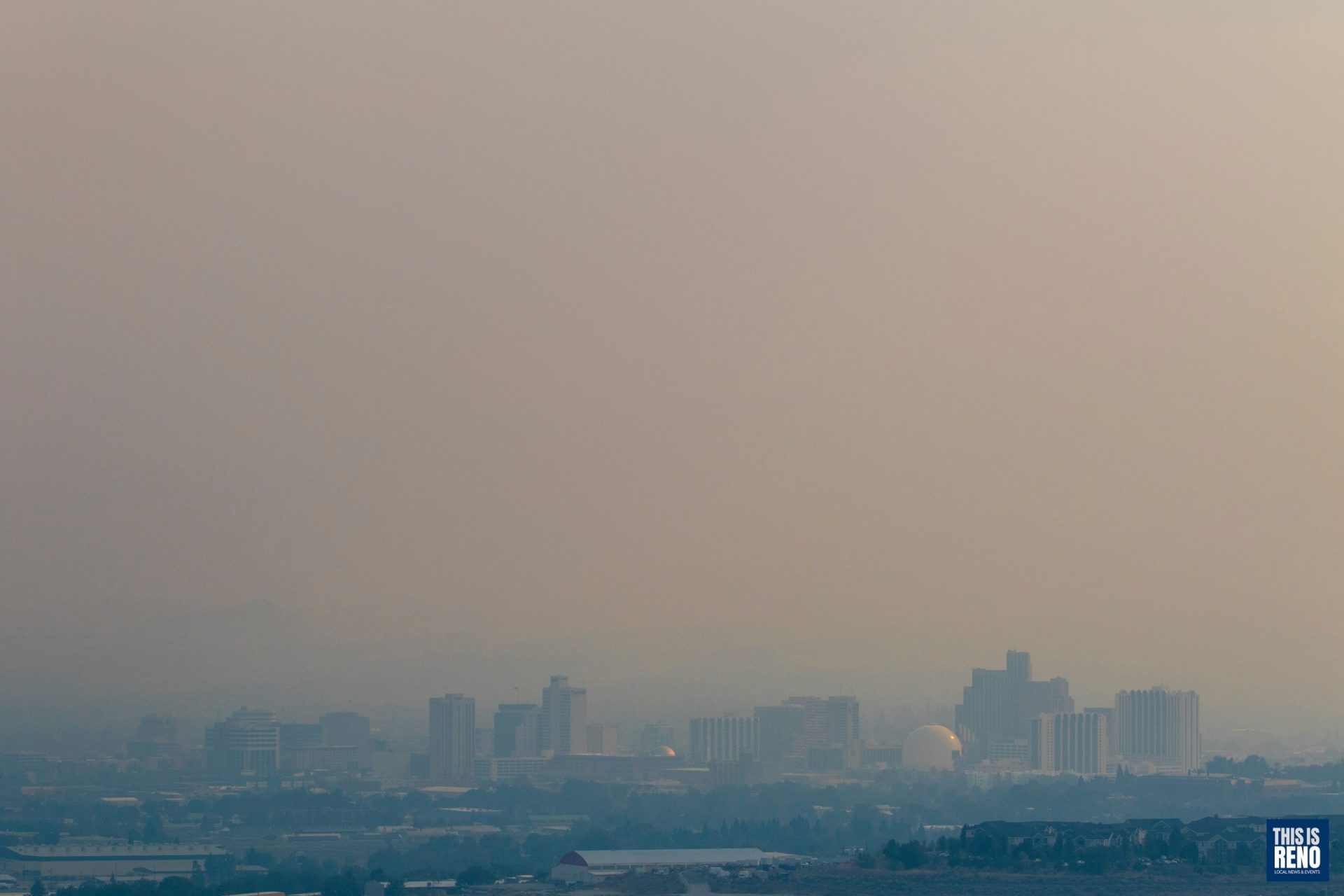 RENO – Northern Nevada researchers have found that for people who suffer from asthma, wildfire smoke is more hazardous than other forms of air pollution. The findings, which were published in August in the journal Environmental Health, indicate that poor air quality in the region due to recent California wildfires has been especially dangerous for some.

The study was conducted by researchers at the Desert Research Institute (DRI), Renown Institute for Health Innovation and the Washoe County Health District.

The six-year study, from 2013 to 2018, “examined associations between airborne particulate matter (PM) from sources such as wildfire, transportation and industry, and medical visits for asthma at Renown Health’s emergency departments and urgent care centers in Reno, Nev.,” according to a statement from DRI.

Wildfire smoke affected the Reno area’s air quality for 188 days during that period and 18,836 asthma-related emergency room and urgent care visits occurred over the same five-year period of time.

“According to their results, on days when wildfire smoke was present, elevated levels of PM2.5 (fine particles of 0-2.5 micrometers in size, about 30 times smaller than a human hair) led to a 6.1 percent increase in medical visits for asthma patients when compared with days of similar pollution levels that came from non-wildfire sources,” DRI said.

The study’s lead author, Daniel Kiser, is a data scientist with DRI and Renown IHI. He said those fine particles in wildfire smoke in particular are a concern.

“Since we found significantly stronger associations of PM2.5 with asthma visits when wildfire smoke was present, our results suggest that wildfire PM is more hazardous than non-wildfire PM for patients with asthma,” Kiser noted.

Researchers haven’t concluded specifically what makes wildfire PM more hazardous for those with asthma, but suggest it could be due to differences in chemical composition or human activity, since people tend to be more active outdoors during the summer when wildfires are more prevalent.

They also note that the findings should be applied with caution to other areas of the country. If chemical composition of the smoke is the culprit, it would vary by region based on the type of fuel being burned.

“Other factors, such as the distance that wildfire smoke was carried by the wind and burn temperature, may also play a role in the harmfulness of wildfire smoke,” DRI said.

Study uses drones and scanners to determine impact of fall...