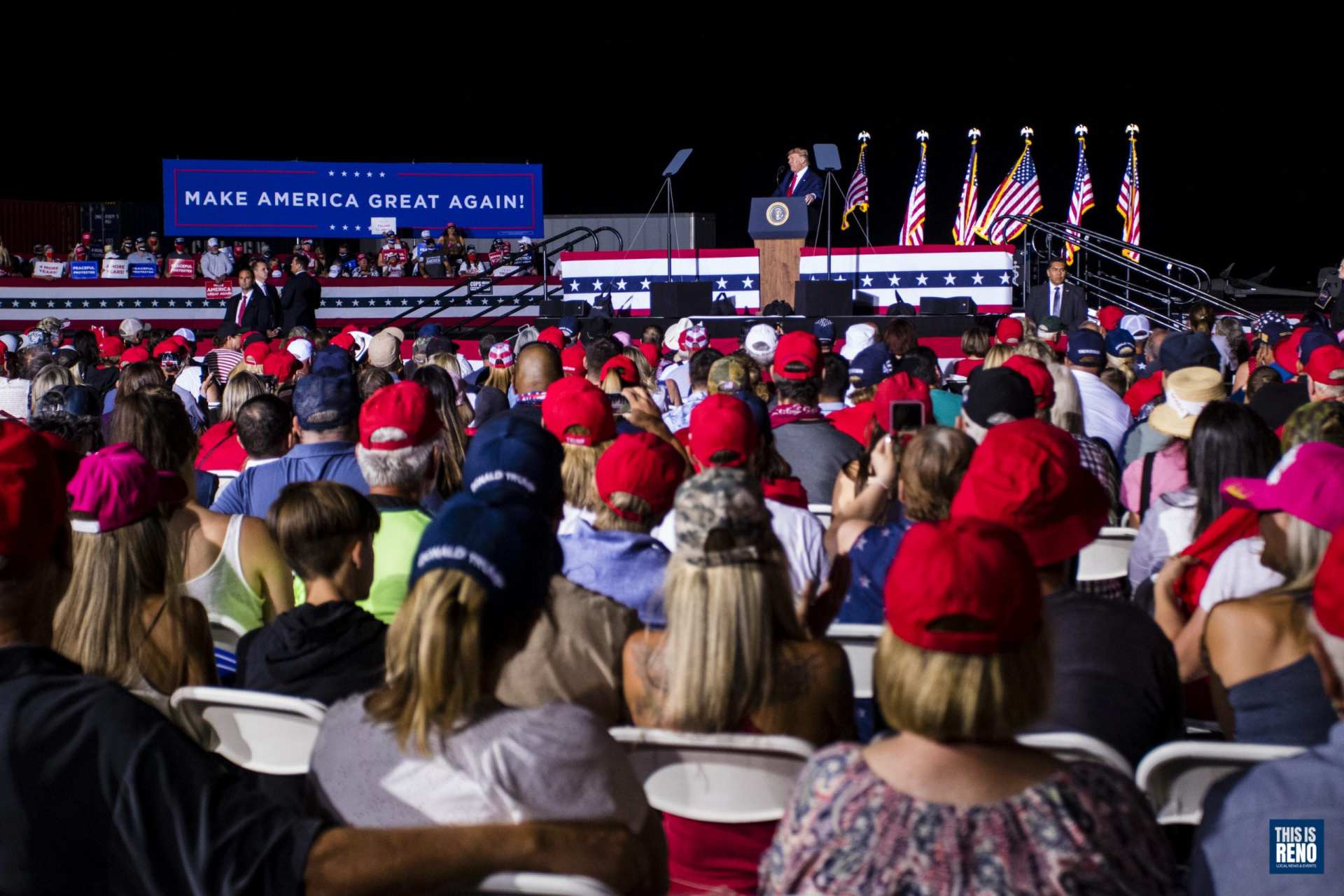 Sisolak said the president’s campaign “knowingly packed thousands of people into two venues to hold public gatherings that are categorized as ‘high risk.’”

The letter is a departure from Sisolak’s previously moderate tone toward the White House over its handling of the coronavirus pandemic. Sisolak had refrained from heavily criticizing Trump’s response to the crisis until the president announced his plans for the rallies.

“You can imagine my confusion and utter disbelief over the contradictory and dismissive behavior demonstrated by the president,” Sisolak said in the letter, which was released by the governor’s office.

The first-term Democrat said the president’s behavior was an insult to Nevadans who have sacrificed major events like graduation ceremonies and weddings in the name of public health.

“I am beyond frustrated at the lack of clear, concise and consistent messaging from the President on how to behave during this public health crisis,” Sisolak said.

Pence’s office did not immediately respond to a request for comment.

Trump raised the issue at the White House during a Wednesday news conference. He criticized Nevada’s plan to mail ballots for this November’s election to active voters because of the virus, called Sisolak “a political person” and referred to the state as a place “where they try to stop you from making a speech.”

“They forced us inside because of what they did,” the president said. He appeared to be referring to his campaign’s move to scrap their original plans to hold rallies at airport hangars when local officials warned they’d violate rules.

Shortly after Sisolak’s office released his letter, the governor’s campaign team sent out a fundraising email criticizing Trump for holding the rallies and asking for donations. Sisolak is up for re-election in 2022.

The governor also announced plans to review coronavirus directives including the 50-person cap on public gatherings and the 50% capacity limit at businesses including casinos.

The purpose, Sisolak said, will be “to see how we can make adjustments that are Nevada-specific and tailored for the economic and social activities in our state.” He said the outcome of the review could affect everything from church gatherings to business meetings.

The announcement came after his critics capitalized on perceived discrepancies between the directives, complaining about how casinos and restaurants can welcome more than 50 people, while the president theoretically could not at his rallies.

While the Gaming Control Board has implemented practices to ensure compliance with distancing and face covering requirements, no state agency regulates outdoor activity, Sisolak said.

He said “50% capacity is a totally different thing;” when it comes to casinos. “They’re not in one area.”

A review of the 50-person cap could affect the state’s ongoing battle with Cavalry Chapel in Dayton, which has challenged the directive in court, claiming it infringes upon religious freedom, particularly when casinos are allowed to open. After the U.S. Supreme Court upheld Sisolak’s emergency directives in July, the church filed briefs in the 9th Circuit Court of Appeals in September.

Sisolak said he has yet to decide whether the state will attempt to claw back the $8.9 million of coronavirus relief disbursed to Douglas County, where Trump held his Saturday rally, on the condition that they adhere to state directives. In order to receive funds, county officials signed an eligibility certification document pledging adherence to directives.

“Every government that got an allocation from the state — including Douglas County — signed an agreement to follow all directives,” Sisolak said.

“We have learned over the course of the past six months, that we cannot let our guard down,” Sisolak said.

Nevadans give feedback on youth education delivery during pandemic