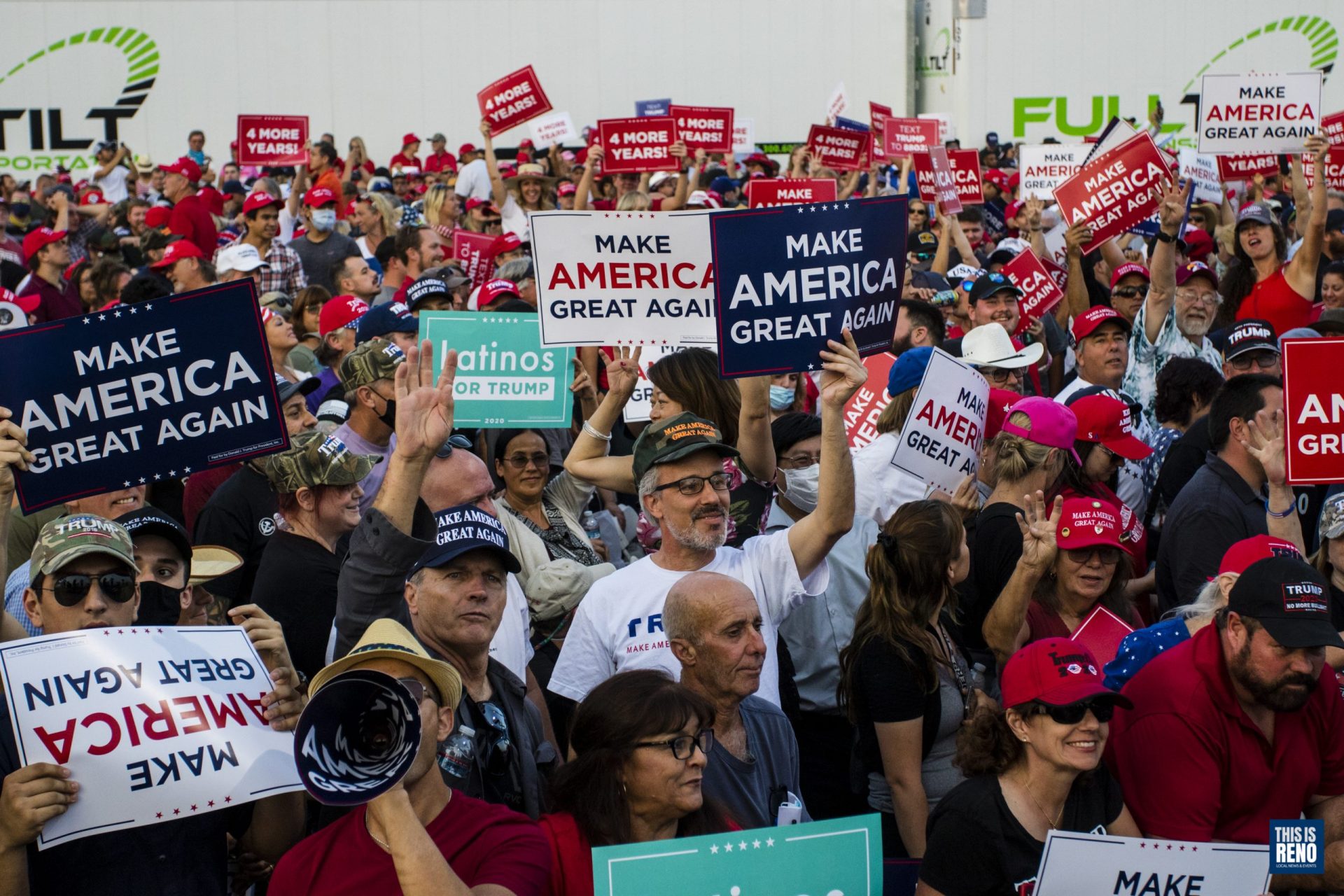 CARSON CITY — The two Trump rallies that took place in Nevada, on September 12 and 13, have been a major cause for concerns among health officials tasked with mitigating the highly infectious COVID-19 virus.

There is a widespread concern among Nevadans that, along with other protest rallies in the past, these latest that took place in Las Vegas and Minden may contribute  to a spike in COVID-19 infections in the state. In both rallies, there seemed to be zero social distancing measures in place and few wore masks.

“Despite reports from his own White House, despite local officials in Southern and Northern Nevada reiterating to the venues the existing restrictions in State emergency directives…the President of the United States is knowingly packing thousands of people into an indoor venue to hold a political rally,” Sisolak said of the rally in the Las Vegas area.

At a media briefing Monday, State of Nevada COVID-19 Response Director Caleb Cage said that he has seen “reports on social media of someone self-identifying as being COVID positive, going to one of the rallies,” although he doesn’t know yet “whether or not that’s an actual confirmed case.”

“So, for events like this, we need to go through an approval process, we need to observe the directives, the laws that are in place during this pandemic,” he said. “Those restrictions are not terribly different from the restrictions recommended by the White House and this administration.”

In a press release Sunday night, Gov. Sisolak expressed his disapproval of the Trump rallies, in no uncertain terms.

“Tonight, President Donald Trump is taking reckless and selfish actions that are putting countless lives in danger here in Nevada,” Sisolak said. “The President appears to have forgotten that this country is still in the middle of a global pandemic.”

Gov. Sisolak, a Democrat, has been accused by Trump and his supporters of indulging in politics to oppose the President.

However, the state health task force expressed their concerns against large gatherings regardless of which political party holds them, or, if they are large apolitical gatherings.

“Speaking more broadly, if you are at an event where individuals were unmasked, and in close proximity to others — be it a rally, be it a barbeque — you were potentially exposed,” said Julia Peek, Nevada’s deputy administrator of Community Health Services.

“Also, if you were exposed and live in a multi-generational household, people may be compromised,” around these potentially infected people.

She also clarified that the state health team will be looking into COVID-infection data from these two rallies when they become available.