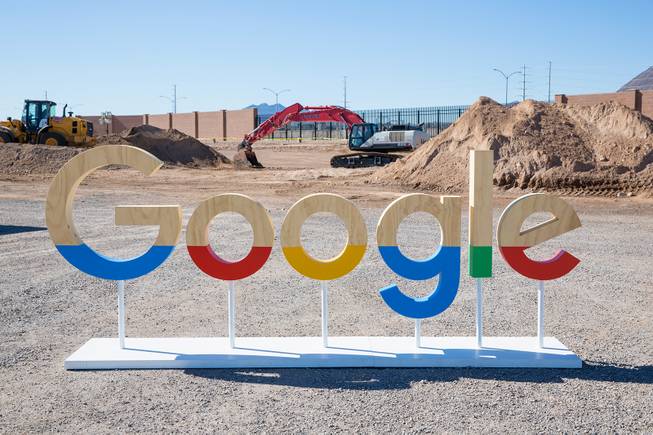 CARSON CITY – The Governor’s Office of Economic Development (GOED) last week approved sales, business and property tax abatements for Lithium Nevada Corp. and Google after the companies announced plans to expand in Nevada. The companies’ investment in Nevada is estimated at $1.1 billion and will create 163 permanent jobs at an average $35 per hour wage, and an additional 5,300 construction jobs.

“These are two good companies that are bringing highly skilled and paid jobs to Nevada – both in the immediate period and for the long term,” said Governor Steve Sisolak. “During this downturn in our economy, we are grateful for the major investments that Lithium Nevada Corp., and Google are each making in our state.”

Google plans to invest $600 million to build a data center in Storey County at the Tahoe Reno Industrial Center (TRIC), creating about 2500 construction jobs, and 50 permanent jobs at the facility. It will be fully operational in 2021. In exchange, the tech company was approved for a 20-year, 2% sales tax abatement and a 20-year, 75% property tax abatement.

Google will also double its original investment in its Henderson Data Center—an additional $600 million—to bring its total investment in Nevada to more than $1.8 billion.

“This is a very good deal for Nevada,” said Michael Brown, GOED executive director. “In return for the $25 million abatement that Google will receive, the company will make a $427 million impact on the economy over 20 years and generate $94 million in tax revenue over 20 years.

According to a statement from GOED, Lithium Nevada Corp. is currently designing and permitting for the chemical manufacturing of high purity lithium chemicals as a byproduct of mineral processing in Thacker Pass in northern Humboldt County. The $514.3-million project is slated to create 113 jobs at an average wage of $37.84 per hour within its first two years of operation, and prior to that create about 2,800 construction jobs.

“The lithium project not only builds on one of Nevada’s historic industries, it will also help establish Nevada as a global leader in the lithium-ion battery processing business,” Brown said. “This project creates jobs in rural Nevada and is projected to have a $537 million impact on the state’s economy over the next decade while generating $75 million in new tax revenue.”