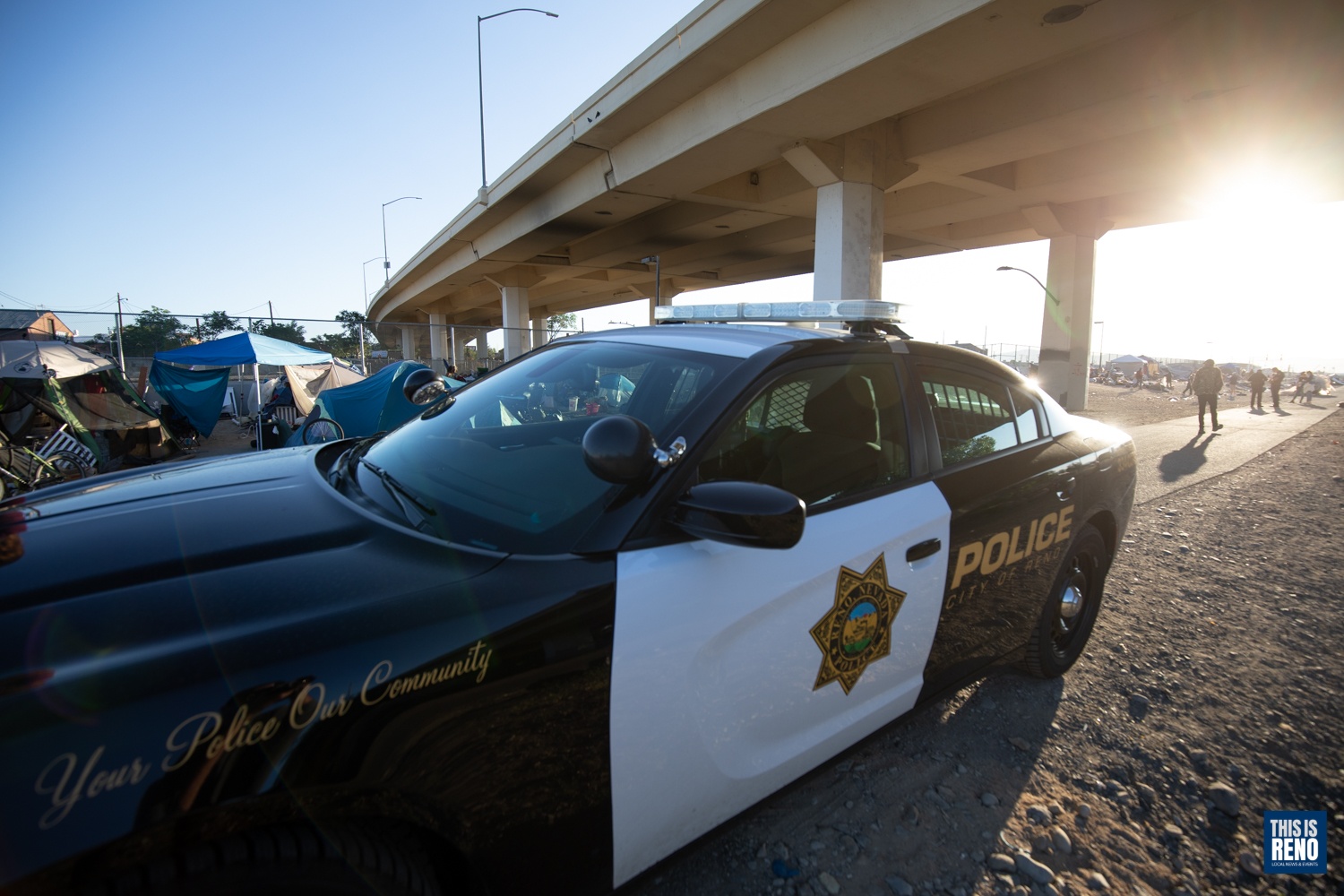 Image: Reno Police car by Isaac Hoops for This Is Reno.
Share
0
FacebookTwitterPinterestLinkedinTumblrRedditWhatsappTelegramEmail

“There is not a single endorsement I could earn that I am more proud of than this one, especially during these very difficult and trying times for our police and their families,” he said. “Like most Nevadans, I have been shocked and appalled by the ‘defund the police’ movement.”

“We know that electing Dan Rodimer will give the men and women who hold the line between good and evil another voice to combat the people attacking our profession and hurting our citizens and economy,” Grammas said in a statement.

In Nevada, Republicans have framed law enforcement as a wedge issue throughout the summer, emphasizing the civil unrest and property damage that’s swept cities like Seattle and Portland amid the national reckoning over police abuses of Black people.

In late July, state party activists waving “Blue Lives Matter” and “Defend, not Defund” signs swarmed the state Legislature for a “Don’t Handcuff Our Cops” rally. The Democratic-controlled Legislature subsequently passed bills to ban chokeholds and roll back protections afforded to officers during misconduct investigations in an effort to foster accountability.

Since George Floyd was killed in Minneapolis police custody in late May, Congressional Democrats have clamored for the passage of police reforms, proposing bills that end qualified immunity for officers, establish national transparency standards and create a federal database for officer misconduct.