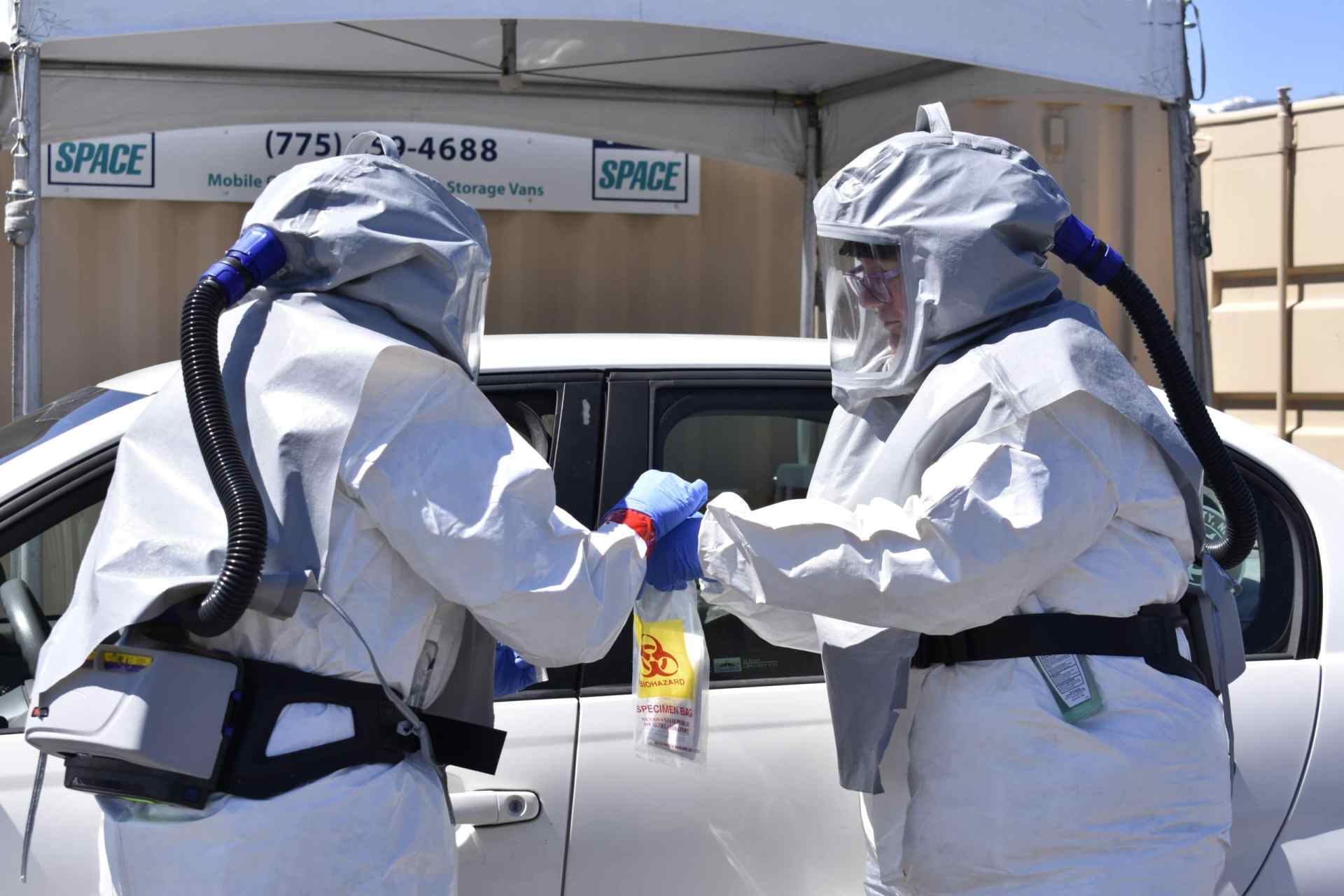 Although Nevada’s 10.5% overall test positivity rate remains relatively high compared to other states, officials are optimistic because the growth rate of new cases has flattened.

“The data continue to suggest a slowing of growth rates, related to both new cases and hospitalizations,” said Caleb Cage, the state’s COVID-19 response director.

But despite the trends, Nevada remains far away from the World Health Organization’s guidance that positivity rates should remain less than 5% for two weeks before reopening. The positivity rate for tests reported Monday was 11.7%.

The number of infections is thought to be far higher because many people have not been tested, and studies suggest people can be infected with the virus without feeling sick.

The vast majority of cases and deaths have been reported in the Las Vegas area. Cage said of the new cases reported Monday, 92% were in Clark County.

For most people, the new coronavirus causes mild or moderate symptoms, such as fever and cough that clear up in two to three weeks. For some — especially older adults and people with existing health problems — it can cause more severe illness, including pneumonia, and death. The vast majority of people recover.