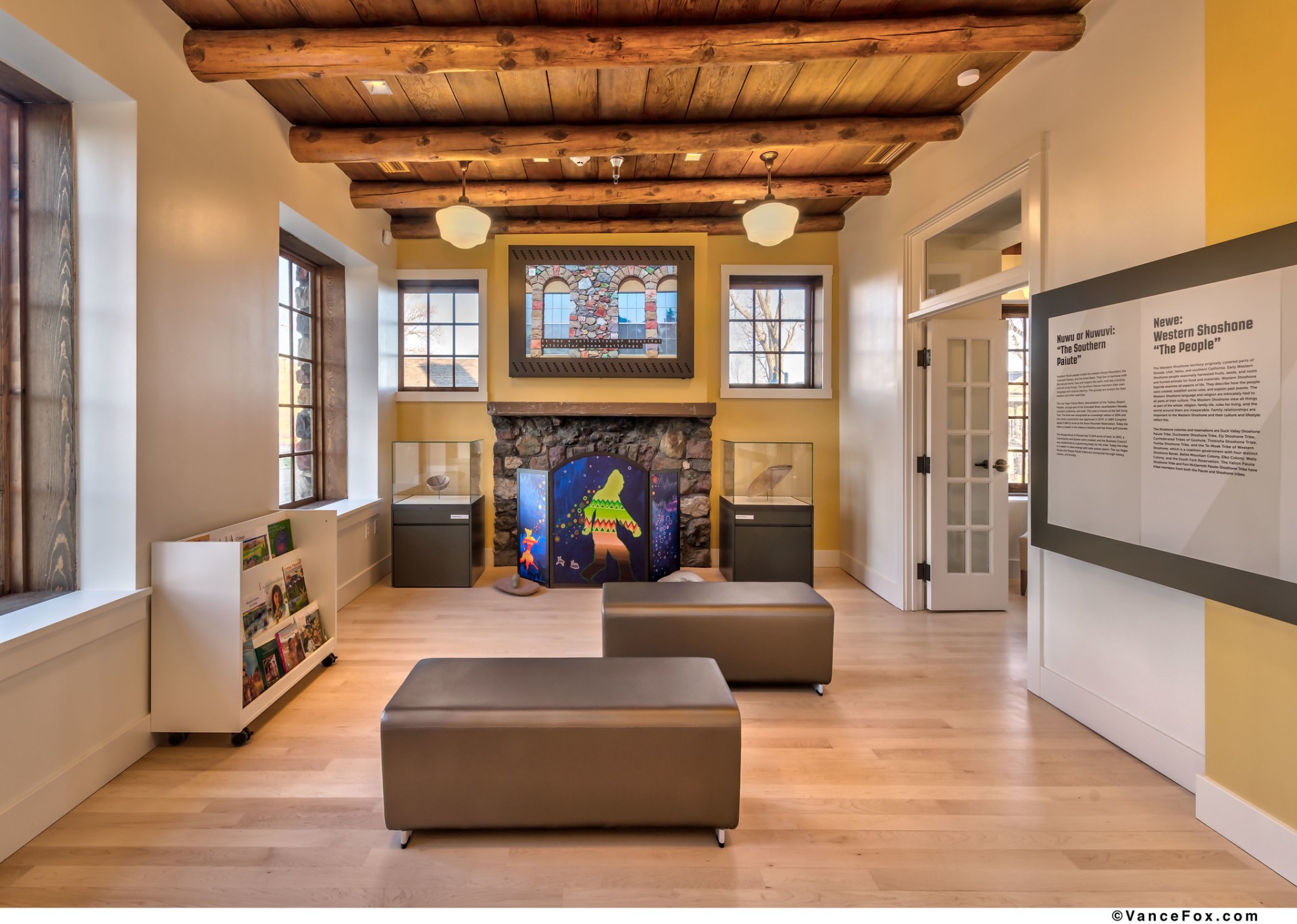 CARSON CITY – It looks brand new, and that’s because it largely is. The Stewart Indian School Cultural Center & Museum opened in January, briefly, before closing in March due to the COVID-19 pandemic. Then it faced severe budget cuts, threatening to keep its doors closed.

But excellent timing has saved the day, according to Museum Director Bobbi Rahder. A $50,000 donation from the families of Albert Hawley and Martha Berger arrived last week, allowing it to reopen Monday, July 20.

Hawley, of Gros Ventre and Assiniboine descent, worked at Stewart Indian School for 16 years as boys’ adviser, athletic director, reservation principal, and principal. He attended Haskell Institute (now Haskell Indian Nations University) in Lawrence, Kansas, in the 1920s, played center on the football team from 1925-1927, and was elected team captain. Hawley was a Naval Officer in the US Navy during World War II. He also earned a master’s degree at Stanford University. In 1966, he was recognized by the Department of Interior with the Distinguished Service Award for his work in Indian Service. Hawley was inducted into the American Indian Hall of Fame in 1973 and the Stewart Hall of Fame in 1974.

Berger was a long-time resident of Carson City. She passed away in 2019 at the age of 100. A lifetime professional in banking, Berger also worked for the State of Nevada, and left a trust fund to benefit several Carson City organizations.

Jan Leonard, granddaughter of Hawley and niece of Berger, presented the cash donation to museum staff. In addition to the donation, the family will install a memorial bench at Stewart in honor of this family that has a long history at the school.

The Cultural Center tells the stories and experiences of students who attended the Stewart Indian School from 1890-1980. Stewart Indian School was operated by the federal government for 90 years to forcefully educate Native American children. This assimilation policy impacted thousands of Native students not only from the Great Basin tribal nations, but over 200 tribes in the west.

The Stewart Indian School Cultural Center & Museum is open to the public Monday through Friday, from 10 a.m. – 5 p.m., except on state and federal holidays. For more information about the Cultural Center contact Bobbi Rahder, Museum Director, at 775-687-7606 or e-mail at brahder@nic.nv.gov.