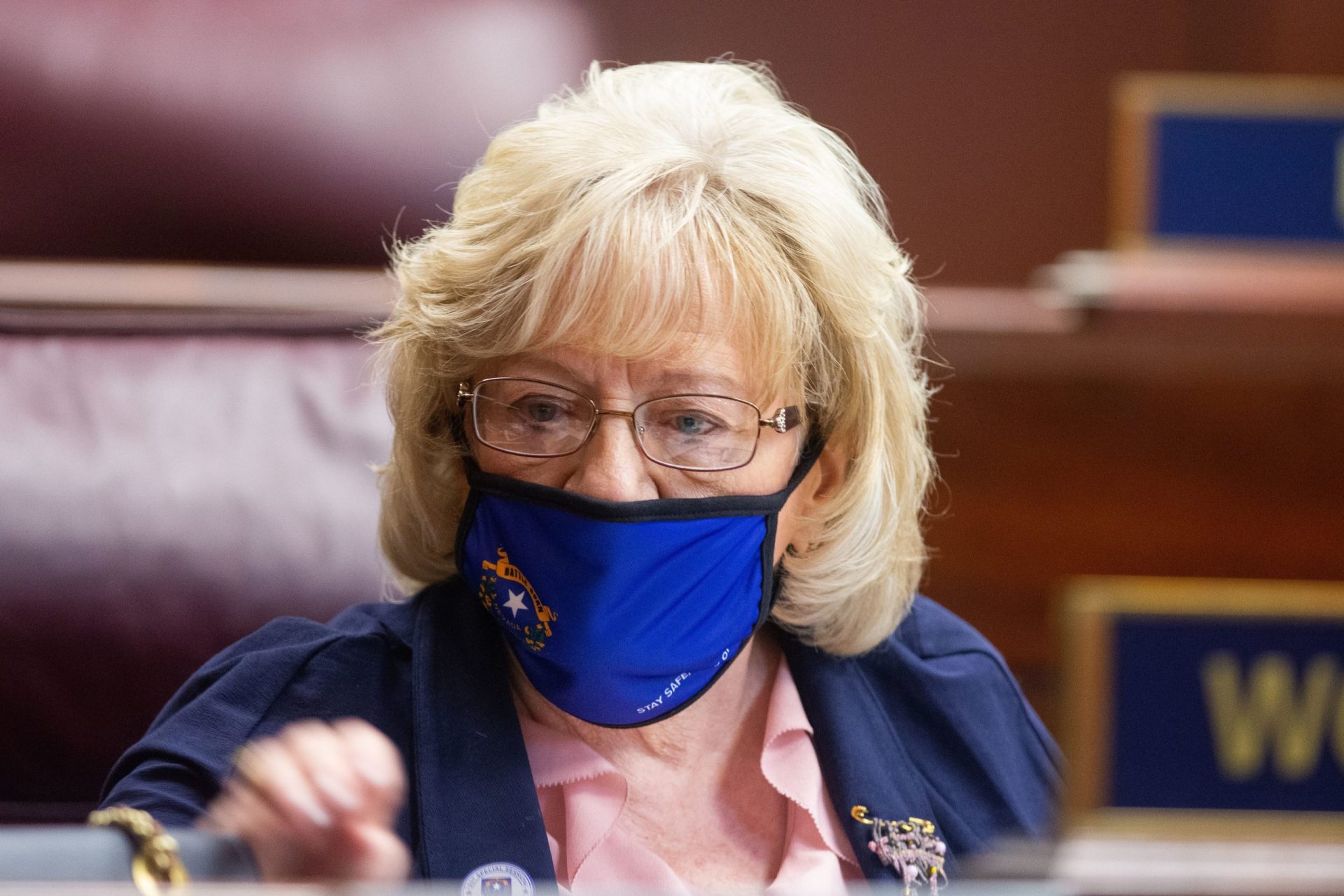 CARSON CITY, Nev. (AP) — A day before the Nevada Legislature convened for a special budget session, Kelly Crompton, a lobbyist for the city of Las Vegas, boarded a Southwest flight and headed north to Carson City.

Air travel amid the coronavirus pandemic felt wrong, Compton wrote in a Twitter post . But as a consolation, she observed that half of the passengers were also headed to the state’s special legislative session. Compton wore multiple face coverings as protection against COVID-19.

Feels wrong to be on a plane today…. good thing half this plane is filled with #nvleg peeps I know.

Also, thank you @SouthwestAir for not filling the middle seats. Helps with the peace of mind of flying right now. #COVID19 pic.twitter.com/voWAHkHAC4

Nevada begins its special session Wednesday amid outbreaks in other statehouses, including California, where five Assembly employees, including a Los Angeles assemblywoman, tested positive Monday for COVID-19, and Mississippi, where health officials announced at least eight lawmakers have tested positive.

In Nevada, the number of confirmed cases of COVID-19 has risen since the state started reopening casinos June 4. Other businesses including restaurants and hair salons opened in May.

The overwhelming number of confirmed cases statewide have been reported in Clark County, which includes Las Vegas, Henderson and North Las Vegas. County health officials reported 20,126 cases since the start of the pandemic, or 864 per every 100,000 residents. The county’s 14.4% positivity rate on Wednesday, averaged over seven days, qualified it as a pandemic “hot spot.”

To prevent the spread of coronavirus, lawmakers won’t allow members of the public — including lobbyists, activists and others — to enter the Legislature building during the special session. The public will be able to submit written comments or log in remotely to participate.

Nevada is one of four states where lawmakers meet every two years unless the governor or legislative leaders convene a special session to address a narrow set of issues outlined ahead of time. The session length is undetermined.

Gov. Steve Sisolak announced this session will focus strictly on budget issues. Sales and gambling tax receipts plummeted with casinos and many businesses shuttered from mid-March to June, and Nevada’s unemployment rate was the nation’s highest in May.

Carson City Mayor Bob Crowell, a former lobbyist, said limiting access to the legislative building may funnel lobbyists and observers to nearby businesses — creating both opportunity and risk.

Local governments rely heavily on sales tax revenue to fund their budgets and, in Carson City, receipts soar with the Legislature in session, Crowell said. He worries about the virus spreading but is confident hotels and restaurants are prepared and adhering to safety guidelines.

“If you can’t get in the building, (lobbyists) have got to find someplace where they’re going to talk to folks,” he said. “All other things being equal, you probably don’t want a lot more people in the community, but if people do the social distancing and the masking, I think we’re going to be OK.”

Carson City Health and Human Services Director Nicki Aaker is also confident in the safety measures. The Nevada National Guard helped organize a drive-through test site on Monday for visiting lawmakers, and Aaker said her team has been in contact with the Legislative Counsel Bureau as its puts safety precautions in place.

For most people, the coronavirus causes mild or moderate symptoms, such as fever and cough that clear up in two to three weeks. But for some — especially older adults and people with existing health problems — it can cause more severe illness, including pneumonia and death.

Aaker’s jurisdiction includes the eastern shore of Lake Tahoe. She said visitors in town for the special session didn’t worry her more than the many tourists who come to the region throughout the summer. She considered whether the gathering of state lawmakers could lead to a surge in new cases.