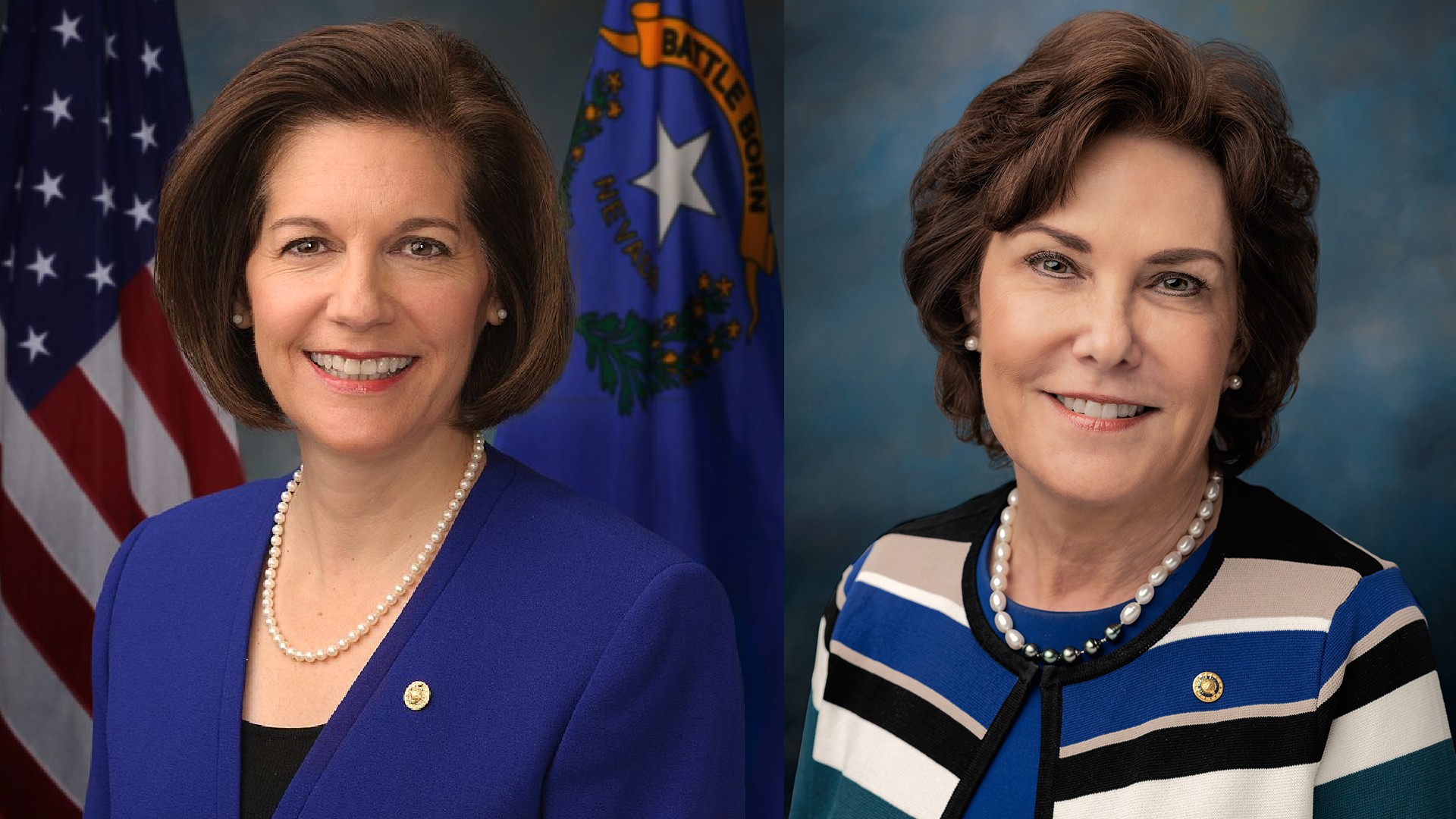 The pair hosted another on July 2. Like their prior updates, this one lasted fewer than 20 minutes. Rosen and Cortez Masto discussed National Defense Authorization, which includes no funding for Yucca Mountain and a three percent pay raise for military personnel. They also spoke about recent wildfires in Nevada, the Supreme Court DACA decision and the release of immigrant children from ICE detention centers—and COVID-19, of course.

Afterward, the two addressed a few questions sent to them by constituents, one of which was why the Senate hadn’t taken up the HEROES Act.

“The HEROES Act is legislation that passed out of the House, and it is the next stimulus package that we need for this country to address the pandemic we’re dealing with,” Cortez Masto said. “Unfortunately, it hasn’t been brought to the floor of the Senate for discussion or debate. What has happened is the leader of the Senate, Mitch McConnell, basically said he’s not even going to hear or bring the HEROES Act to the floor.

“So that means now, if we’re not even going to bring that to the floor to vote on, we as Senators are going to have to come up with our own package and figure this out. But, again, Mitch McConnell is dragging his feet. He’s put a pause on any stimulus package. He doesn’t think it’s needed right now.

“And the last thing I heard, Jacky—I don’t know if you’ve heard anything further—but it looks like he’s not even willing to take it up until the end of July. This is outrage. We’re both hearing from not only the governor and our leaders…in local government—our mayors, our county commissioners—we’re hearing from so many people that ‘We still need assistance.’ We still need stimulus here. We have the highest unemployment rate in the country right now. We have a lot of people who haven’t even received their Pandemic Unemployment Assistance.

“Jacky and I are both fighting for that funding and demanding that we start those negotiations now. We should not be waiting. So, that’s where we are. You’ll see us all going to the floor this week, demanding that we be negotiating that package now. We can’t wait until the end of July,” said Cortez Masto.

Adding her own perspective to Cortez Masto’s answer, Rosen added, “COVID-19, only cares that you’re human. It’s an equal opportunity virus, and we don’t know who it’s going to hit and who it’s going to hurt the worst. And…as we try to reopen—we know hospitality and gaming, which is so vital to Nevada, is going to be slower than other types of industries to reopen—we have to be sure that people can buy their medicine, put groceries on the table, pay their rents, their mortgages, car payments…and that is not a Democrat or Republican issue. It’s a community issue. And that’s what we’re fighting for.”

The second question addressed was one Rosen said they’d received from many constituents: with some Nevadans being resistant to wearing masks, how might it be ensured that everyone does?

“What we know from the doctors—and yesterday I was able to speak with Dr. Fauci and others, as they come to all of our committees and provide us briefings—is that the very simple act of wearing your mask…prevents the ability for most germs to get into you and you, if you’re not symptomatic, from spreading those germs to others,” Rosen said. “It’s incredibly simple. It’s incredibly kind.

“And, so, in order to be kind and safe, we can drop down the transmission rate, in some cases up to 90 percent. We’re in Nevada. We know about gambling. A 90 percent win—those are pretty good odds in my book, and I think everyone would take that bet. So, let’s take the 90 percent win on transmission. Do it politely and kindly for those who may be suffering and can’t protect themselves as well.”

Cortez Masto then turned the conversation toward efforts people in the community are making to give back.

“These are stories that should be told,” she said. “We see all of the negative stuff all of the time on the 24-hour news cycle, but people don’t realize that—they don’t see what Jacky and I see all of the time. There are so many in our community who are doing wonderful things.

“Because Jacky and I’ve been talking about this. Jacky and I see this all of the time. Delivery with Dignity is a group that just came together to work together to deliver food and make sure our restaurants are still successful and still employ workers…Nevada gives back. We know it. Now we want everyone else to know it. So we’re asking everybody who is listening…to talk to us about what you’re doing to give back. We have a new campaign that is ‘Nevada Gives Back.’ You share a story with us about how you’re giving back to Nevada and addressing the issues we’re dealing with in the community. We’ll share your story. We’ll put it on our social media platforms. We’ll share it here. We’ll talk about it.,” Cortez Masto said.

“I connected a group of senior citizens from UNLV that were in a program there,” Rosen explained. “They said, ‘Well, we can make phone calls. Who needs us to make phone calls?’ Well, Catholic Charities—and we connected them. They’ve been making phone calls for wellness checks for homebound seniors.

“So, we have a new hashtag. It’s #NVGivesBack. Send us a story. Send us a picture. Send us a video. We’re going to figure out how to show everyone how great our state is—and we know up and down the state that people are kind and caring and community-minded and are just jumping in to do everything that they can.”