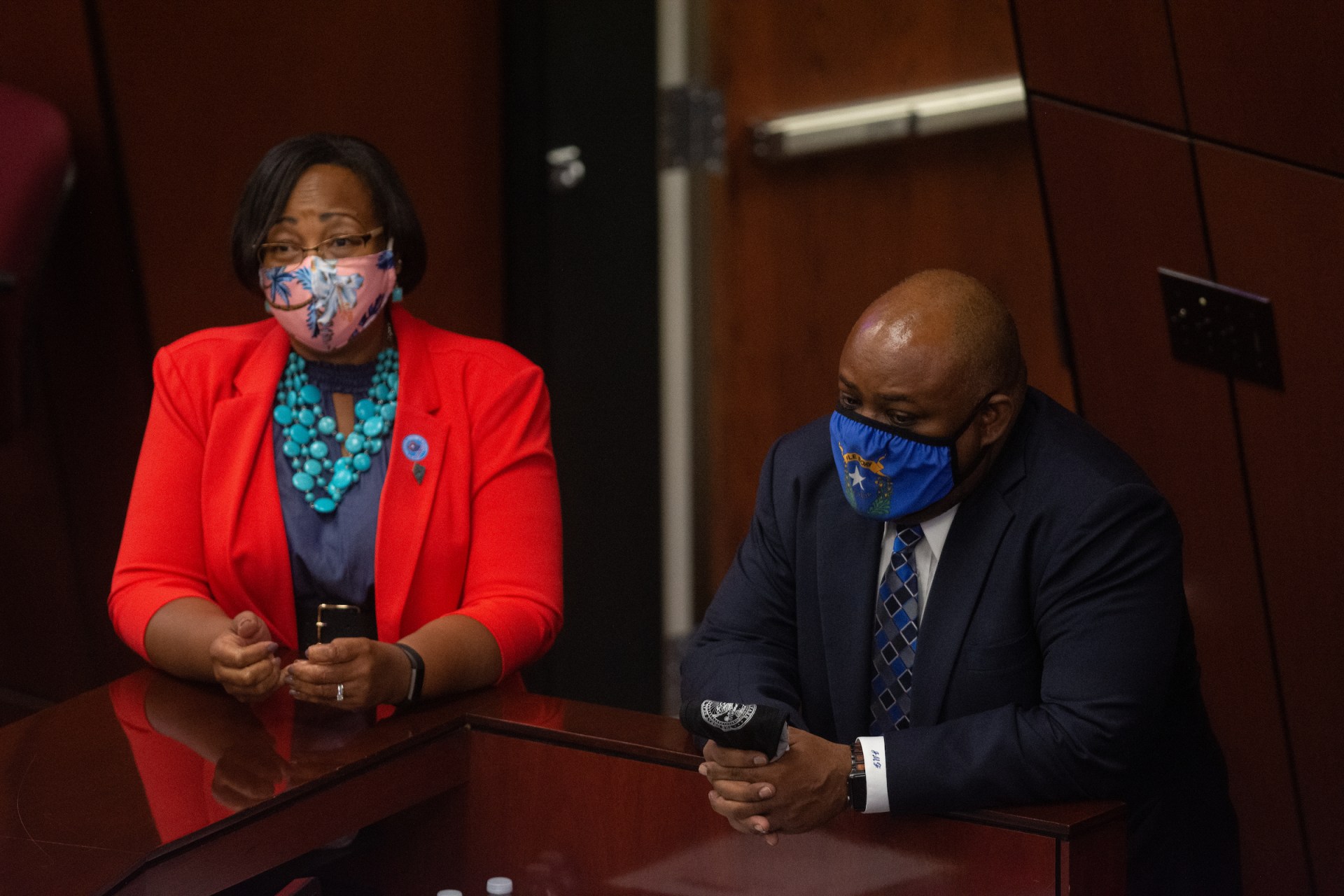 CARSON CITY, Nev. (AP) — Gov. Steve Sisolak convened the Nevada Legislature on Friday for a special session to address policy issues related to the coronavirus pandemic and Black Lives Matter protests that swept Nevada and the nation in May and June.

The special session is the second of the summer and follows the 12-day emergency session convened to rebalance the state budget amid the pandemic and projected revenue shortfalls. Sisolak reversed his plans to hold back-to-back sessions and sent lawmakers home on July 20 to prevent the spread of coronavirus. Unlike the first session, the governor’s proclamation specifies an end date of Aug. 7 at midnight to avoid unnecessary exposure.

“In order to protect the time necessary to address the ongoing COVID-19 crisis, my expectation is that this special session will be thorough and as efficient as possible,” he said in a statement Thursday.

Unlike the previous special session, the Legislature is not providing testing to lawmakers and staff because state laboratories are struggling to keep up with testing demand, according to Legislative Counsel Bureau Director Brenda Erdoes. She said Nevada residents who are symptomatic are waiting up to a week for test results.

Republicans and Democrats will face off over proposals to reform Nevada’s election law following clogs and delays at the reduced number of polling places open during the June primary election. Sisolak’s proclamation asks lawmakers to consider legislation to guarantee that every active registered voter receive a mail-in ballot. He also urged lawmakers to ensure a sufficient number of in-person polling locations.

The Democratic-controlled Legislature is likely to pass election reforms, but the specter of expanded mail ballots has raised concerns about fraud among Republicans. The measures have garnered opposition from Republican Secretary of State Barbara Cegavske, who defended the current system in a recent editorial in the Nevada Independent and has said her department doesn’t have the budget to mail every voter a ballot.

“I would ask our legislators if they are able to pony up $4 to $5 million for unnecessary election measures, why not have that money go to things like education and healthcare?” she said.

Powerful interest groups will also face off over proposed worker protection measures and reforms to limit exposure to liability for businesses amid the pandemic. Trial lawyers and workers’ groups argue the threat of lawsuits deters businesses from endangering their employees and patrons, while schools, businesses and hospitals argue, if they follow the state’s prevention measures, they deserve liability protections against the risk of opening their doors.

The Culinary Union Local 226, which represents 60,000 casino, hotel and restaurant workers in Nevada, has spent weeks lobbying for additional protections for employees as the virus affects members, as well as their spouses and dependents. As of mid-July, more than 350 workers had been hospitalized and 22 had died.

Geoconda Argüello-Kline, the union’s Secretary-Treasurer, said the state needed to ensure companies do not prioritize profits over employee health by requiring mandatory testing and detailed plans in case of outbreaks.

Workplace protections, she said, will have wide-reaching consequences, preventing the spread of the virus both at the casinos and hotels where the Culinary’s members work and in places like supermarkets or schools that they visit.

“Companies need to know, ‘OK, we have to follow these rules to have our casinos open, to protect workers when they come into work, to protect their family when they get out,’’ she said.

Lawmakers are also expected to pass bills related to police reform, eviction protections and the state’s fledgling unemployment system, which has been beset with fraud and delayed payments to residents who have been laid off since the beginning of the pandemic.