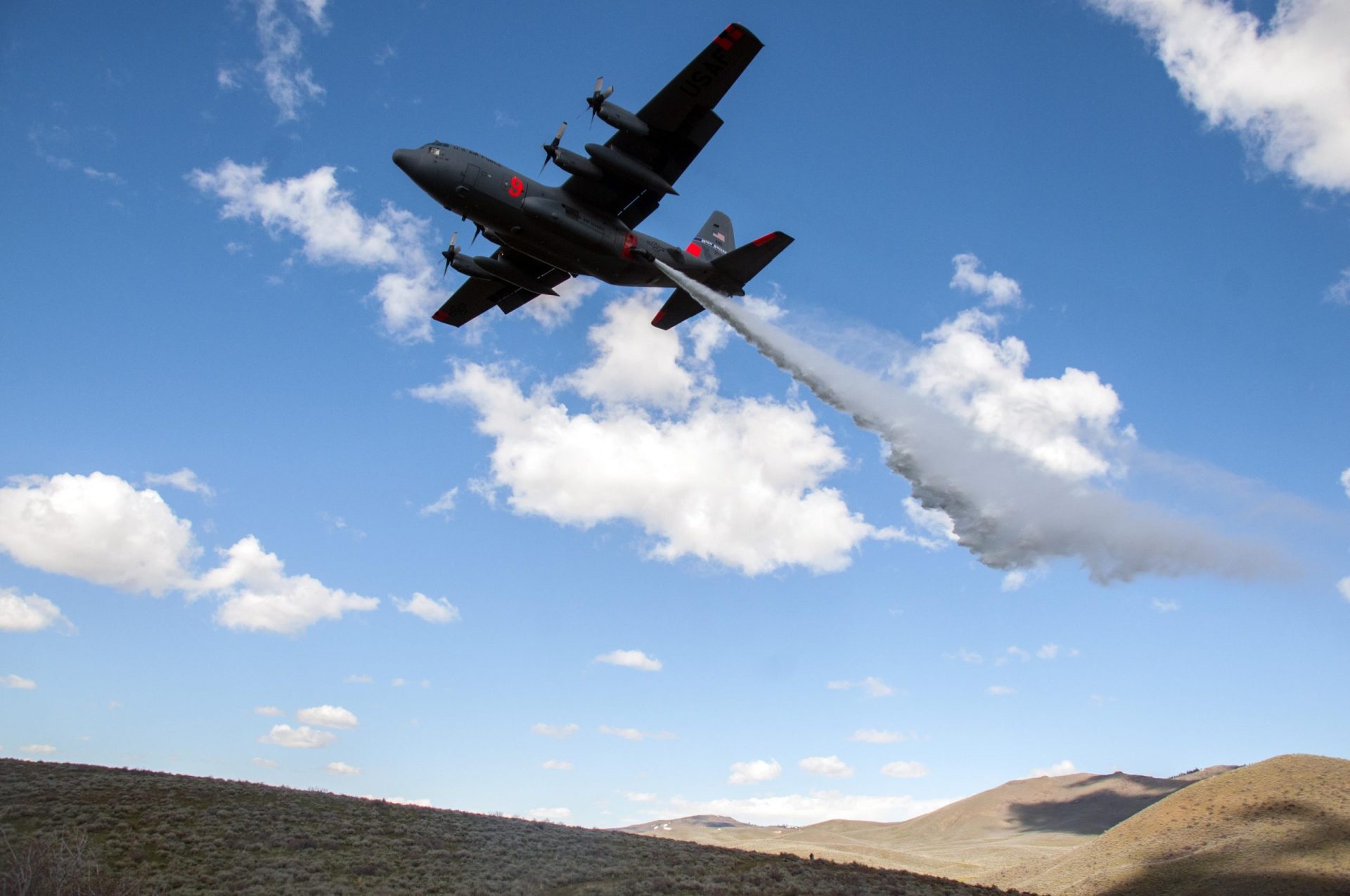 “With all our various missions in support of our state and nation, wildland firefighting ranks as one of the most rewarding,” said Col. Jacob Hammons, commander, 152nd Airlift Wing. “We also enjoy working with the Forest Service and other federal and state agencies. This mission helps save life and property of our nation’s citizens.”

MAFFS can drop up to 3,000 gallons of fire retardant in less than 10 seconds across a quarter-mile line. The system slides into the back of the military aircraft, and retardant is released through a nozzle on the rear left side. The Nevada Air Guard said its ability to convert airtankers to assist with fire suppression efforts provides a valuable resource for wildland fire agencies, especially when commercial air tankers are unavailable.