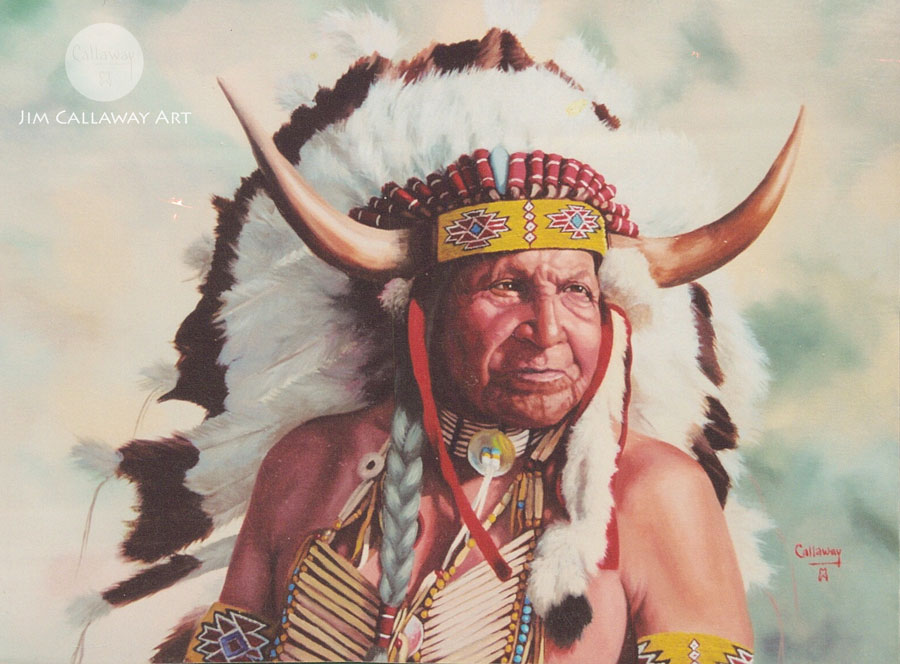 OVERTON — The art of Las Vegas native Jim Callaway will be on exhibit at Overton’s Lost City Museum July 10 – 31.

Callaway, who graduated from the University of Nevada, Reno, with the intention of being an art teacher shifted focus after attending dental school in Detroit in 1969. His art went on the back burner as he built his dental practice.

Years later, he learned of the new focus on realistic art and immediately painted his first Native American portrait. It sold the next week.

That early success led Callaway to continue painting portraits, including more than 30 works for the University of Nevada, Las Vegas boosters club. Callaway also served as the team dentist for all university players for more than 37 years.

He earned a place in the UNLV Hall of Fame in 2008. “Doc,” as he has been known, practiced dentistry for 41 years until Parkinson’s disease forced his retirement.

Not a fan of critics, Callaway rarely exhibited his work until an interested agent in Tucson, Arizona, persuaded him to show in galleries. Art is Callaway’s passion, and he says painting is as important to him as breathing.