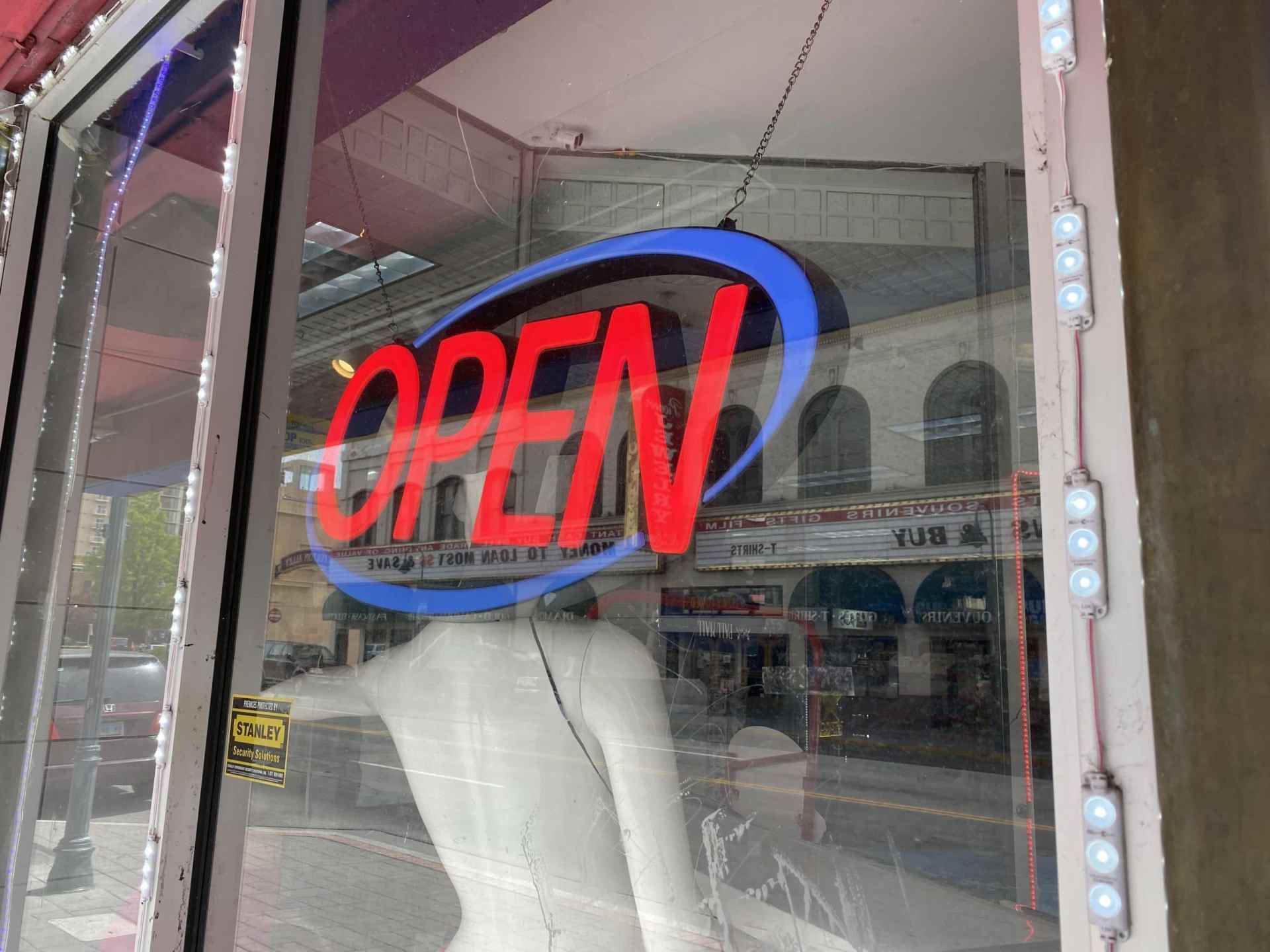 Businesses across the country are worried about the potential for lawsuits from customers and employees as they reopen amid the COVID-19 pandemic.

“Businesses are routinely telling us that they’re really concerned about the threat of being sued,” Neil Bradley, chief policy officer at the U.S. Chamber of Commerce, told NPR’s Marketplace radio program during one of its recent broadcasts. “Particularly if they’re doing everything they can think to do right to protect their employees and their customers.”

A handful of states, including Utah, North Carolina and Oklahoma, have put some liability protections in place for businesses already. And Republicans have said a broad liability shield will be included in the next federal coronavirus relief package.

In the meantime, businesses are attempting to safeguard themselves from the threat of lawsuits by doing things like instituting temperature checks, requiring people to fill out forms certifying they don’t have COVID-19 symptoms and, in some cases, asking customers to sign liability waivers before they set foot inside.

Here in Nevada, a Las Vegas chain of restaurants called Nacho Daddy drafted a liability waiver intended for employees to sign stating that they would not hold the company responsible should they contract the disease at work.

“If someone’s not comfortable with COVID being out there, then they probably shouldn’t be working,” Paul Hymas, Nacho Daddy’s co-owner and president, told a Las Vegas Review-Journal reporter.

After backlash, the idea was abandoned.

Attendees of President Donald Trump’s June 20 rally in Tulsa, Oklahoma, were not required to wear masks at the event but did have to agree not to sue the campaign if they got the virus as a result.

“By clicking register below, you are acknowledging that an inherent risk of exposure to COVID-19 exists in any public place where people are present,” the registration form read. “By attending the Rally, you and any guests voluntarily assume all risks related to exposure to COVID-19.”

Also in May, the Las Vegas Chamber of Commerce signed on to a letter from a national coalition of chambers that was sent to every member of Congress calling on them “to pass timely, temporary and targeted liability relief legislation to provide businesses a safe harbor from unwarranted lawsuits.”

A statement provided to This Is Reno by the Reno-Sparks Chamber of Commerce outlined its organization’s position:

“During this pandemic, businesses of every size have been crippled by mandatory shutdowns and the swift downturn of our economy. Some of our smaller Chamber members have shuttered their doors or struggled to remain viable. The Reno + Sparks Chamber of Commerce supports businesses that are dedicated to ensuring the most secure environment for their employees and customers and rejects unlimited opportunities for unfounded and expensive litigation.

The statement continued, “Business liability protections, whether enacted by Congress or the Nevada Legislature and our Governor, will support business continuation, keep Nevadans safely employed, and provide a foundation for our economic revival.”

It has been rumored for months that protection from liability for businesses could become a part of the next federal coronavirus relief bill. According to reporting that came out last week from the Wall Street Journal and CBS News, both of which obtained a draft summary of the proposals, Senate Republicans will be recommending legal protections for U.S. universities, schools, businesses and charities.

During a press conference last week U.S. Senate Majority Leader Mitch McConnell said the protections would be created, “So that people who acted in good faith during this crisis, are not confronted with a second epidemic of lawsuits in the wake of the pandemic that we’re already struggling with.”

Last week, the National Federation of Independent Business, an organization representing small business interests across the country, released a statement outlining its “Phase Four Legislative Priorities” for small businesses. Included in those priorities is liability protection, as well as “unemployment insurance reform.”

In May, NFIB State Director for Nevada Randi Thompson told the Nevada Independent that lawsuits related to COVID-19 could put local businesses out of business.

A nationwide NFIB survey also published in May found that 43% of business owners reported they were very concerned about liability, and another 30% reported being moderately so.

According to Thompson, liability concerns for businesses are still pressing, and NFIB is still supporting legislation to address them, both locally and nationally.

In a written statement to This Is Reno, Thompson said small businesses’ most valuable and often most expensive assets are their employees.

“As a small business owner myself, the safety of my employees is my first priority,” she said. “So this protection is not meant to harm employees.  It’s meant to reduce the potential for frivolous lawsuits like we are already seeing.”

Thompson pointed to the fact that Carnival Cruise Lines “is facing a class action suit not against people who got sick, but who suffered emotionally from being potentially exposed to COVID.”

This is true, though Carnival is clearly not a small business and is also being sued for sicknesses. Also, it is worth noting that suits against the cruise liner company seeking damages as a result of emotional distress have been dismissed by the courts in the last several days.

Nonetheless, Thompson said, “This pandemic is ripe for such lawsuits, and small businesses can’t absorb these costs.”

She added that another problem for small businesses is that their insurance policies “won’t cover COVID-related issues, such as business closures, or lawsuits.  So if a small business is sued over COVID, they would likely just shut down and claim bankruptcy. That hurts the employer and the employee.”

Thompson also said it is difficult to prove “just where someone caught COVID,” noting that while a person may have been exposed to the virus at work, they also could have been exposed to it in other places by other people near that same time and that “[r]epeated exposure is one reason why someone gets sick. Some people are more vulnerable than others, as most often there are underlying conditions for those who have gotten sick.  So all those factors make it challenging to ‘prove’ that you caught COVID at work.  But that doesn’t mean eager lawyers won’t try to take advantage of the crisis.”

Earlier this month, Nevada State Sen. Heidi Gansert issued a Tweet saying, “We must address COVID-related liability to protect Nevada businesses from facing a barrage of lawsuits that, if allowed to be filed without reasonable legal limitation, will force already struggling businesses to fail.” (Sen. Gansert did not respond to requests for comment from This Is Reno prior to the publication of this story.)

The group also released the following statement to media:

“The pandemic cannot be an excuse for failing to protect workers and the public,” the group said. “Nevada workers’ health and safety must come first because when workers are protected, our entire community and our economy are secure.”

With several state legislators mentioning protections for businesses during the 31st special session, it was questioned whether they might propose such legislation during a second special session. Were that to happen, it would likely include protections for schools and the state’s higher education institutions, too.

On the first day of the 31st special session, Republican Assembly member Alexis Hansen asked Nevada’s public school district superintendents if a “hold harmless” agreement should be considered to assuage their concerns over navigating the potential costs of reopening, something the superintendents agreed they’d support.

A hold harmless agreement is a clause or a statement in a legal contract that absolves one or both parties of legal liability for any injuries or damage suffered by the party signing the contract. In this case, students would be holding their districts harmless should they return to them only to contract the coronavirus.

Nevada teachers have railed against the idea of having to sign waivers. Washoe County School District is already requesting student athletes hold the district as harmless for any COVID-19 illnesses they may contract. This comes as teachers are pushing for the district to hold off on in-person learning in favor of a fully remote-learning plan for at least the first nine weeks of the new school year.