Home Featured TRTA gets back to work on trail maintenance, volunteer days
Featured

TRTA gets back to work on trail maintenance, volunteer days 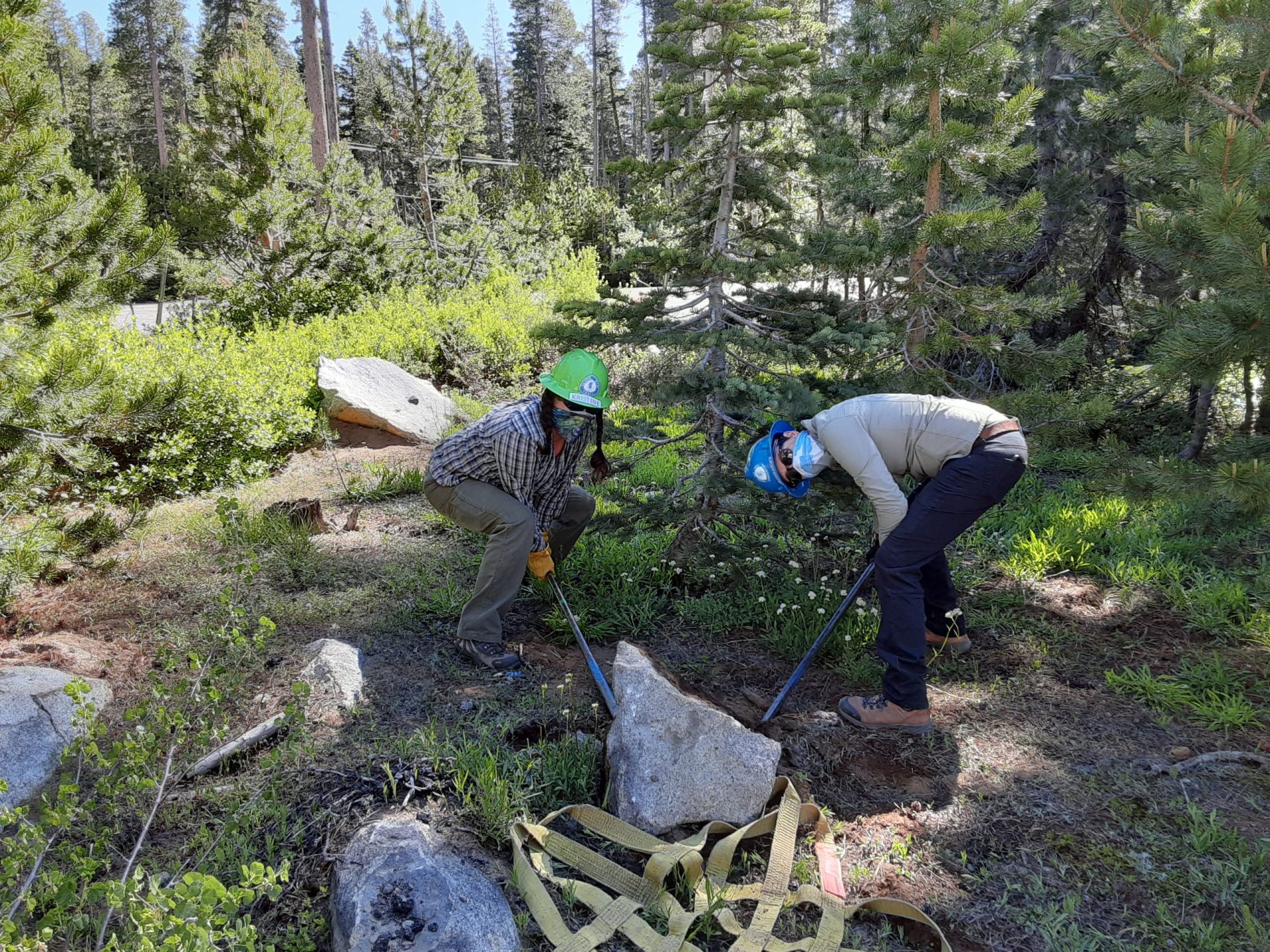 STATELINE — The Tahoe Rim Trail Association, which closed its office in March, is back working on the 165-mile loop for the first time since COVID-19 shutdowns.

While the association is behind schedule for trail maintenance this year, which normally starts in late April or early May, extra staff capacity funded by members of the community has allowed workers who normally guide summer programs to work on trail operations. The TRTA decided to cancel its summer programs in light of COVID-19.

“Trying to take 14 kids backpacking and somehow keep them six feet apart is a challenge,” Morgan Steel, Executive Director of the TRTA said. “We decided for the safety of our staff, volunteers, and program participants, we just felt we were going to take a break this summer and hopefully next year the situation will be a little different.”

Being the largest non-profit trail organization in the region leaves the TRTA with the responsibility of maintaining many miles of trail. The mission of the association according to their website, is to “maintain and enhance the Tahoe Rim Trail system, practice and inspire stewardship, and preserve access to the natural beauty of the Lake Tahoe region.”

To achieve this goal, the TRTA relies heavily on volunteer workers. The trail itself was created between 1984 and 2001 and requiring more than 200,000 volunteer hours to complete.

In previous years, groups of 15 to 30 volunteers were out working on projects daily, but with numbers being scaled back because of the virus, more work is needed to be done.

The association is hoping their anticipated start date of July 5 for volunteer work will be able to carry on throughout the summer. Two other dates, July 9 and 11 are open for volunteer work starting at 9 a.m. at the Horse Meadow/Willow Creek trailhead near Luther Pass. Groups cannot exceed more than 10.

“Right now we only have those two dates open because we are kind of testing to see how all that goes and how we are going to adjust the schedule,” Steel said. “We are going to go from there and see where we end up as we move further through the year and see how the situation evolves with the virus.”

Steel has also seen a significant increase in use on the TRT which she attributes both to the lack of snow this year making the trail accessible earlier, but also people’s interest in getting outside due to COVID-19.

With facilities like bathrooms being closed and a lack of staff to empty trash cans as frequently, Steel mentions there have been issues with trail users leaving their trash next to full dumpsters which can be easily accessed by wildlife. But, she says she’s also seen some picking up other people’s trash and packing it out.

She encourages all users to practice the Leave No Trace principles and reminds them that fires are not allowed on the TRT as fire danger in the Tahoe Basin is too great. Fires are limited just to campgrounds with designated fire rings.

The TRTA in conjunction with the Pacific Crest Trail Association, the Lake Tahoe Basin Management Unit, and the Eldorado National Forest, is also working on rerouting 1.3 miles of trail near Echo Summit.

The reroute will move the trail away from Highway 50, reducing noise and offering trail users better views of the wilderness.

The TRT is a shared-use trail open to hikers and backpackers. Equestrians and mountain bikers are also allowed on some portions of the trail. To learn more about the trail or volunteering, visit tahoerimtrail.org.