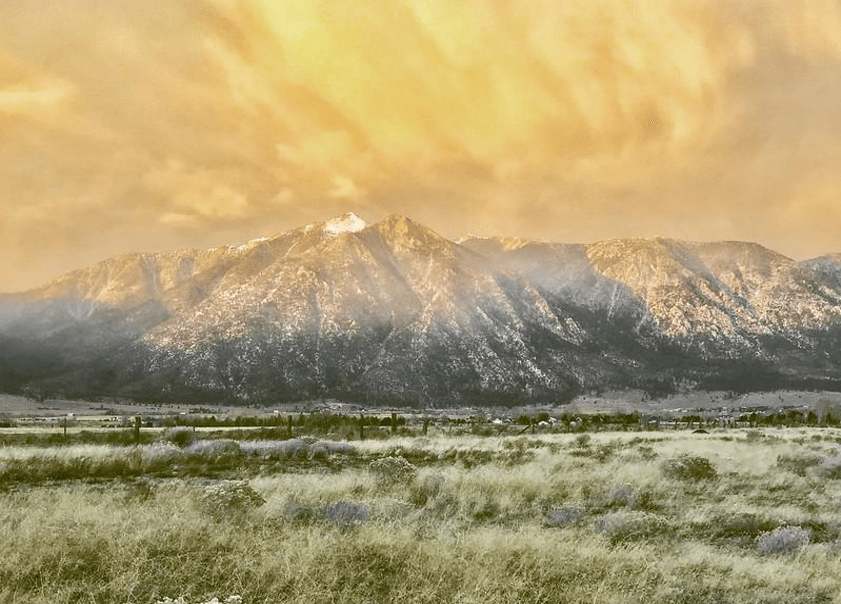 By SAM METZ and KEN RITTER AP/Report for America

GARDNERVILLE RANCHOS, Nev. (AP) — More than once, Danny Tarkanian has been a contender in one of the country’s most expensive congressional races. Now, he’s fighting for his political life in a neck-and-neck battle for a county commission seat in rural northern Nevada.

After seven attempts to win public office, the son of the late legendary UNLV basketball coach Jerry Tarkanian is finally a winner — pending a recount his opponent vows to request.

In the race for a seat on the Douglas County Commission, the final vote count published by the county recorder Wedneday showed Tarkanian ahead of incumbent commissioner Dave Nelson by 17 votes, 5,893 to 5,876. As the top vote-getter in the Republican primary, he’s the de facto winner, as no Democrats or third party candidates contested the race.

Douglas County Clerk Kathy Lewis said county election officials will submit their final tally to the secretary of state on Friday. Candidates have until June 24 to request a recount, which they have to pay for themselves unless the election results in a tie, Lewis said.

Nelson said he “absolutely” intended to request a recount if the margin remained within 20 votes Friday.

After trailing in the vote count published Election Day, Tarkanian said he was thrilled to see the results flip and confident his lead would remain. Regarding a recount: “That’s up to Nelson,” he said.

The five-member Douglas County Commission governs fewer than 50,000 residents in a county south of Carson City and east of Lake Tahoe. Unlike Tarkanian’s prior races, in which he and his opponents spent millions on campaign consultants, advertising and outreach, the Douglas County race played out on billboards scattered throughout the district and acrimonious letters-to-the-editor in the local newspaper, the Gardnerville Record-Courier.

Tarkanian, one of Nevada’s most well-known Republicans, is the son of the longtime coach of the Runnin’ Rebels who won a National Championship in 1990 with UNLV and was later inducted into the Basketball Hall of Fame.

Tarkanian ran as part of a pro-development slate of county commission candidates after moving to Gardnerville in 2019. He won endorsements from area chambers of commerce and from powerful local politicians, including Republican state Sen. James Settelmeyer and former Lt. Gov. Brian Krolicki.

Nelson advocated small government and limiting growth projects, including residential developments, both in the Carson Valley and in Stateline, where a new 132,000-square-foot event center has been approved for construction.

Tarkanian has run against — and lost to — U.S. Sen. Jacky Rosen and two of Nevada’s sitting Democratic members of Congress, including most recently to Rep. Susie Lee in 2018, who defeated him by nine points in Nevada’s 3rd District. His bid against Lee came after he agreed to drop a divisive Republican primary challenge against incumbent U.S. Sen. Dean Heller at the urging of President Donald Trump. Both lost anyway, but Tarkanian’s stock rose among the party faithful for being a team player.

The evening before Election Day, he and Nelson faced off across from each other on Highway 395 north of Minden, waving campaign signs to honking cars passing by.

Wearing a University of Nevada, Reno sweatshirt, Tarkanian, a former UNLV basketball player, said that after six elections during which his opponents bombarded him with attacks over allegedly improper business dealings and called him “Dirty Danny,” the worst attack he’s had to weather in Douglas County is being called “Vegas Danny.”

To rebut the attack and cement his Nevada bona fides, he attacked Nelson for having California roots.

Tarkanian acknowledged his critics cast him as the perpetual candidate. But he said it didn’t deter him from running for local office.

“Look, I think public service is a really noble profession that you can do something positive with,” he said.

How to stop touching your face to minimize spread of...

4 ways to help children relax as the coronavirus upends...