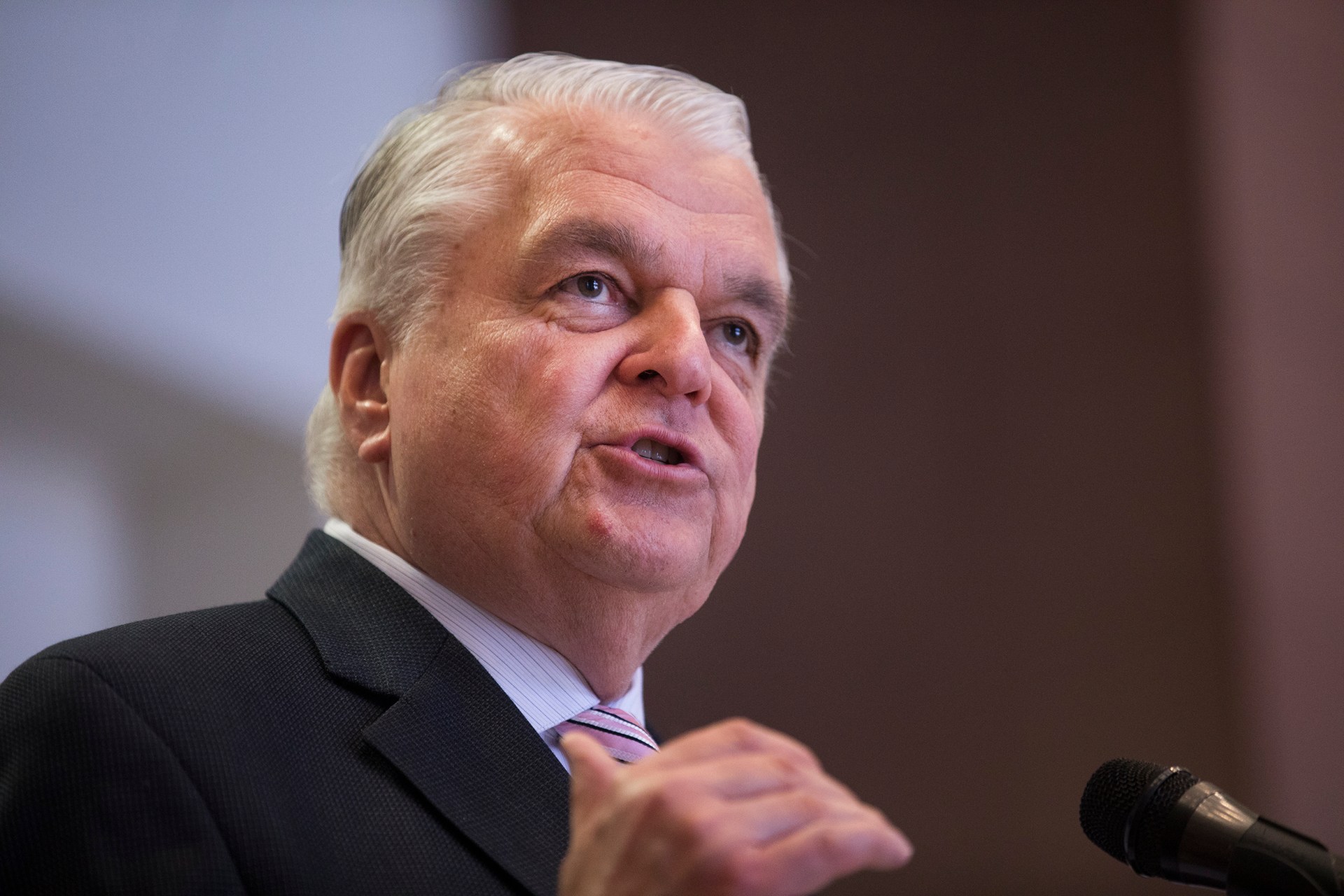 CARSON CITY, Nev. (AP) — Nevada Gov. Steve Sisolak announced Monday that current limits on businesses and gatherings would remain in place while health officials evaluate whether the state’s uptick in cases is cause for concern.

“Recently we’ve experienced some trends that require additional evaluation and analysis,” Sisolak said at a press conference, mentioning the upward trend in the number of new daily cases reported in the last three weeks and the percent of individual tests that come back positive.

Sisolak said he and state health officials anticipated an increase in new cases after reopening and expanding testing capacity throughout June. He emphasized that the increase hadn’t significantly affected the number of COVID-19 patients in Nevada hospitals, which continue to have excess bed capacity, with 217 patients and 129 suspected to have coronavirus occupying beds.

Disagreement over how to balance economic and public health imperatives has continued to animate the coronavirus policy debate. On Monday, the Nevada Gaming Control Board and South Nevada Health District issued clashing statements over reopening guidelines, the Las Vegas Sun reported.

A week and a half after doors to casinos opened, health officials said businesses “have a moral obligation to protect this community by implementing policies that require their patrons to wear masks in public areas,” while the Gaming Control Board said regulators would only direct casinos to “encourage” masks.

Sisolak said he had faith in both the Gaming Control Board and Southern Nevada Health District’s efforts to contain the spread of the virus. He urged Nevadans to continue to wear face-coverings, practice social distancing and limit group gatherings, but said had no plans to go beyond recommending preventative behaviors and implement mandates on businesses. He said he would consider it if the state’s contact tracing efforts suggested maskless casino patrons were spreading the virus.

The governor also said he worried that reopening too soon could render moot all of the sacrifices Nevadans have made to contain coronavirus. Although life may be returning to normalcy, with restaurants and casinos reopened, he reminded Nevada residents that the state remains “dead smack in the middle” of the pandemic and required more preventative measures.

“I don’t want that all to go for naught by us having to take a giant step backwards,” he said.

Nevada won’t consider progressing to the penultimate Phase 3 of its reopening plan, which would further ease restrictions on businesses and gathering, until trends are clearer, Sisolak said.

“The virus is what drives the timeline,” he said. “Now is not the time to abandon these protective measures, it’s a time to double down on them. We can only stay open if we stay safe.”

The first-term Democrat also confirmed that state lawmakers would return to Carson City for a special session before the end of the budget year on June 30. The date and parameters of the session have yet to be announced.