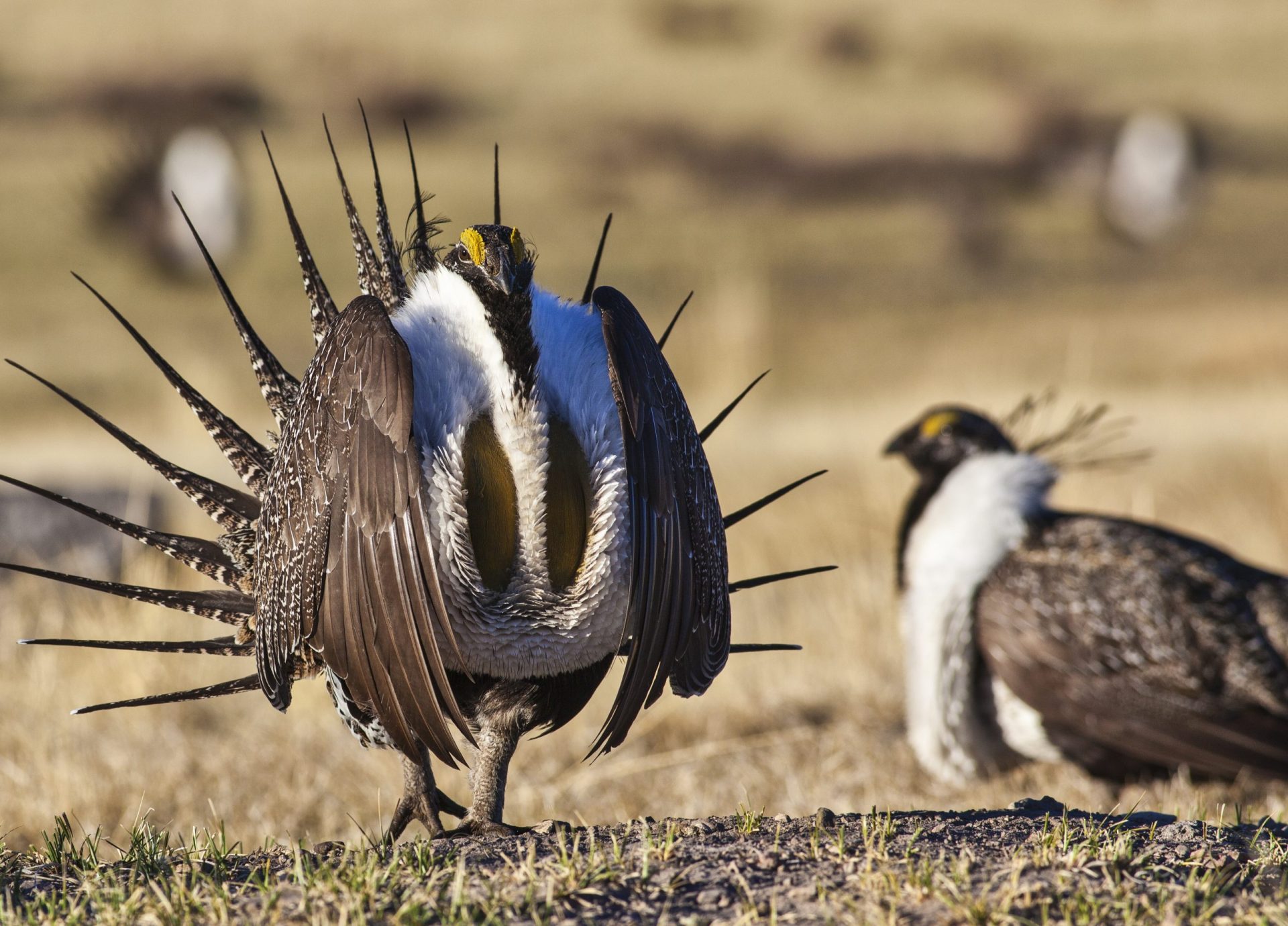 LOVELOCK–A private landowner and a mine operator have entered into a first-of-its-kind agreement to protect critical sagebrush habitat in Nevada while ensuring continued environmentally sensitive and sustainable mining practices. The Nevada Department of Conservation and Natural Resources announced the partnership between Coeur Rochester, Inc. and Crawford Cattle, LLC (Crawford Ranch) Thursday, June 4.

This is the first project agreement established between a mine operator and a private landowner to secure conservation credits under Nevada’s CCS to protect Sage-Grouse habitat and overseen by the stakeholder-driven Nevada Sagebrush Ecosystem Council.

The habitat conservation project is designed to mitigate and offset environmental impacts related to Coeur Rochester’s mining activities near Lovelock, while achieving net conservation gains for sagebrush species. The project includes monitoring and maintaining existing sagebrush ecosystems, enhancing brood-rearing and nesting habitats, and other important conservation work for the next 30 years.

The project will also support healthy habitats for other native wildlife species, including the Lahontan cutthroat trout, mule deer, and more.

Sage-grouse are chicken-sized, ground-dwelling birds considered an “indicator species” for the health of sagebrush ecosystems in the U.S. West, which support more than 350 species of wildlife.

The CCS, as part of Nevada’s overall sagebrush ecosystem plan, is an innovative, Nevada-specific approach that allows Nevada to manage its wildlife species through private and public arrangements to protect and enhance habitats. The program provides incentives for private landowners to carry out Greater Sage-grouse habitat improvements through the award of “Conservation Credits” that are quantified based on the ecological value of the habitat improvements. Those conservation credits can be sold to industry to offset habitat impacts and ensure a net conservation gain.

The partnership between landowners and industry is key to protecting critical habitat while providing for multiple-use in the sagebrush ecosystem. Learn more at sagebrusheco.nv.gov.