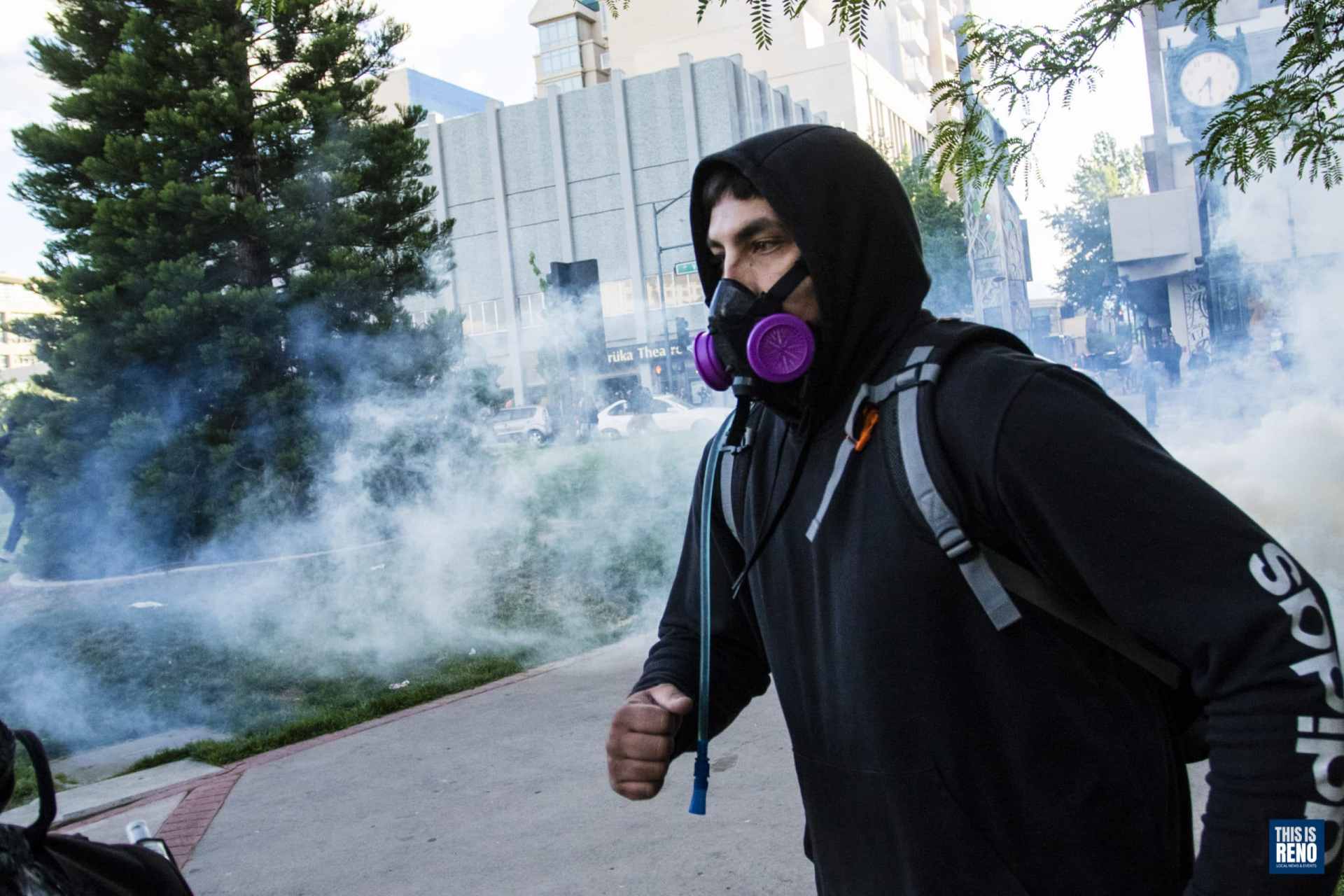 Over the past week thousands of Nevadans have participated in demonstrations in Reno, Las Vegas, and beyond to call for an end to racist policing and violence following the death of George Floyd at the hands of a Minneapolis police officer.

Throughout that time ACLU of Nevada staff members say they have heard anecdotes about rubber bullets, pepper balls, tear gas, and other aggressive police tactics used during those protests. The new project aims to collect protesters’ accounts of police interactions and to share those stories with the policymakers who can work toward the changes being called for by this movement.

“We mourn the loss of George Floyd, and every Black person lost because of racist policing tactics and policies,” said ACLU Nevada Executive Directory Tod Story. “Police have no trouble telling their side of a story because they have access to the media and regularly participate in public hearings. This effort we’re launching to support Nevadans who are pushing for change and saying ‘Black Lives Matter’ and need their voices heard. It’s time to address the issues at the heart of these protests and share the accounts of those involved.”

Nevadans who want to participate can send their stories, along with any photos or videos they took and want to share, to communityvoices@aclunv.org. Stories may be published digitally and in a report. The ACLU of Nevada will follow up individually before sharing anyone’s stories.

Douglas Sheriff under fire for telling libraries to not call...