Sisolak faces more criticism for not communicating during pandemic 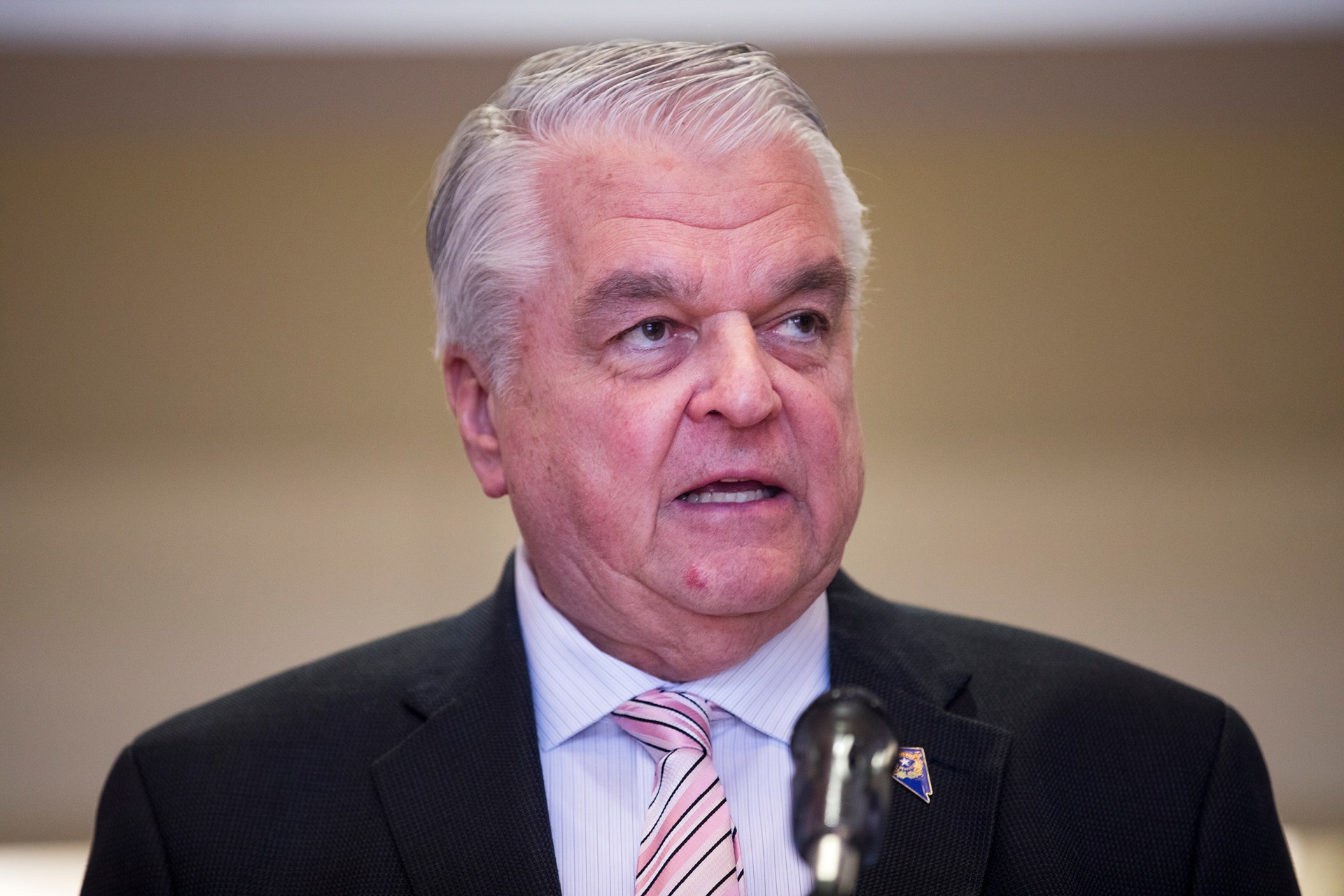 RENO — Criticism against Governor Steve Sisolak is ramping up. On April 29, two days before stay-at-home orders were set to expire in Nevada, the governor announced on a national news program that he is extending the directive through mid-May.

That announcement caught Nevadans by surprise. It drew rebukes from business and government groups, elected officials and the news media. They say Sisolak is not responding to them, nor is he communicating about what to expect during COVID-19 shutdowns.

One local official, not wanting to speak on the record, was furious after learning about the stay-at-home extension announced in the national news media.

Officials want a seat at the table

Republican Nevada State Senator Ben Kieckhefer said he is frustrated with the lack of communication.

“The communication problem is that there isn’t any,” he told This Is Reno. “It has been, as we sit here now, [nine] days since the governor last addressed the people of Nevada. There’s significant concern that I think businesses are going to open up and then people are going to start socializing again because we’re not getting clear direction at this point out of the governor over what is necessary to continue to protect people.”

Kieckhefer said he supports the governor’s direction, but decisions are being made without input from others who would normally be a part of such conversations.

“I support the governor’s efforts and the steps that he’s taken to control the spread of this virus, and protect Nevadans’ health and safety, and I’ll continue to support those efforts,” the senator explained. “But he needs to convince people that we’re not done yet, and that we need to continue this path, and waiting until the last minute to try to make that argument is not going to cut it.”

Kieckhefer said he wants to be part of the discussion on reopening the state but said his calls have gone unanswered. All he is asking for is a reasonable amount of communication.

“I’ve reached out to the governor’s office over and over again offering to help and I stand ready to help. I’m not trying to cast aspersions over the policies that the governor’s necessarily executing to protect people. I support those,” he said.

Kieckhefer isn’t alone. The Nevada League of Cities and Municipalities, which represents local government, penned a letter this week noting to its members they have not received responses from the Governor’s office.

“There are communities, counties [and] cities in Nevada that may have reached, essentially, phase one status. They may have satisfied the criteria as outlined,” Henderson said.

Henderson also wants to know what the guidelines will look like once businesses begin to reopen. Learning that information as soon as possible will allow the Nevada League of Cities and Municipalities to help implement the guidelines.

“Local governments … will have to be involved in making sure they are implemented properly and enforced if necessary,” he said. “The more information we have, the earlier we have it, the better we can prepare and the better we can help implement his vision to maintain containment as well as allow the economy to restart.”

Some restrictions that are in place to limit the spread of COVID-19 will be lifted May 1, Sisolak announced in a press statement yesterday. Some of those changes will allow all retailers to provide curbside commerce, including cannabis dispensaries, similar to what restaurants are currently doing.

Drive-in services will be allowed for worship, as long as participants remain in their car and practice social distancing. Lastly, restrictions on outdoor activities like golf, pickleball and tennis will be lifted, as long as people do it safely and in a way to mitigate the spread of COVID-19.

On April 28, Sisolak announced that the Nevada Hospital Association is prepared to resume necessary medical and dental procedures. While there was never a directive in place to halt these procedures, hospitals have delayed such procedures to ensure that there is enough hospital capacity and personal protective equipment (PPE) to care for COVID-19 patients.

All other directives will remain in place through May 15, or until Nevada meets the reopening criteria that’s in line with the White House’s guidelines. In order to start phase one of reopening, the state needs to see a substantial decline of positive COVID-19 cases over a two week period, hospitals be able to maintain capacity, and expanded COVID-19 testing.

If Nevada moves in a positive direction, phase one could begin earlier than May 15. Sisolak is set to present his “Nevada United: Roadmap to Recovery,” tonight, which will outline the projected phases for reopening and structure for how Nevadans can navigate through the pandemic tonight.

“Nevadans have done an incredible job at staying home for our state, and as we work diligently to meet the reopening criteria, I wanted to begin some initial incremental changes that will make our full transition into Phase 1 smoother and positively impact our communities and small businesses,” he said in a statement. “Our ability to enter the next phase and any subsequent phase of reopening will be determined by the continued commitment of Nevadans to follow aggressive social distancing guidance and requirements.”

On April 27, Sisolak announced that Nevada had joined the Western States Pact with California, Oregon, Washington and Colorado to coordinate a plan for reopening states. It’s unclear how the governor’s current plans fit within the partnership the Pact established.

Journalists in the dark too

Sisolak has more than once stated his appreciation for local media outlets and urged the community to give their support during the pandemic.

“If you can, please consider subscribing to your local newspaper, or contributing to a Nevada news organization or a Nevada news outlet. Any small contribution is helpful to these outlets. You deserve transparency and the trust that they are working hard to keep you informed. Please support them as they support us,” Sisolak said during his press conference on April 8.

Journalists are questioning why Sisolak made his announcement on extending the stay-at-home order to Good Morning America anchor Amy Robach before communicating directly with local media and his constituency first.

“We’ve been pushing for answers for our viewers as to why @GovSisolak speaks to the national media and not us. Our state needs answers before the national audience. We have a hard time getting responses from his office. We will keep trying,” Burrows tweeted.

Kieckhefer, a former reporter and communications director for former Governor Jim Gibbons, said he has concerns about lack of communication with Nevada news media.

“The fact that Nevadans have to watch a noon showing of national news in order to find out that our stay-at-home order is going to be suspended or extended is a travesty,” he said. “The governor needs to be speaking to the people of Nevada and you do that through local media outlets, not national ones.”

Sisolak’s office did not respond to a request for comment for this article.