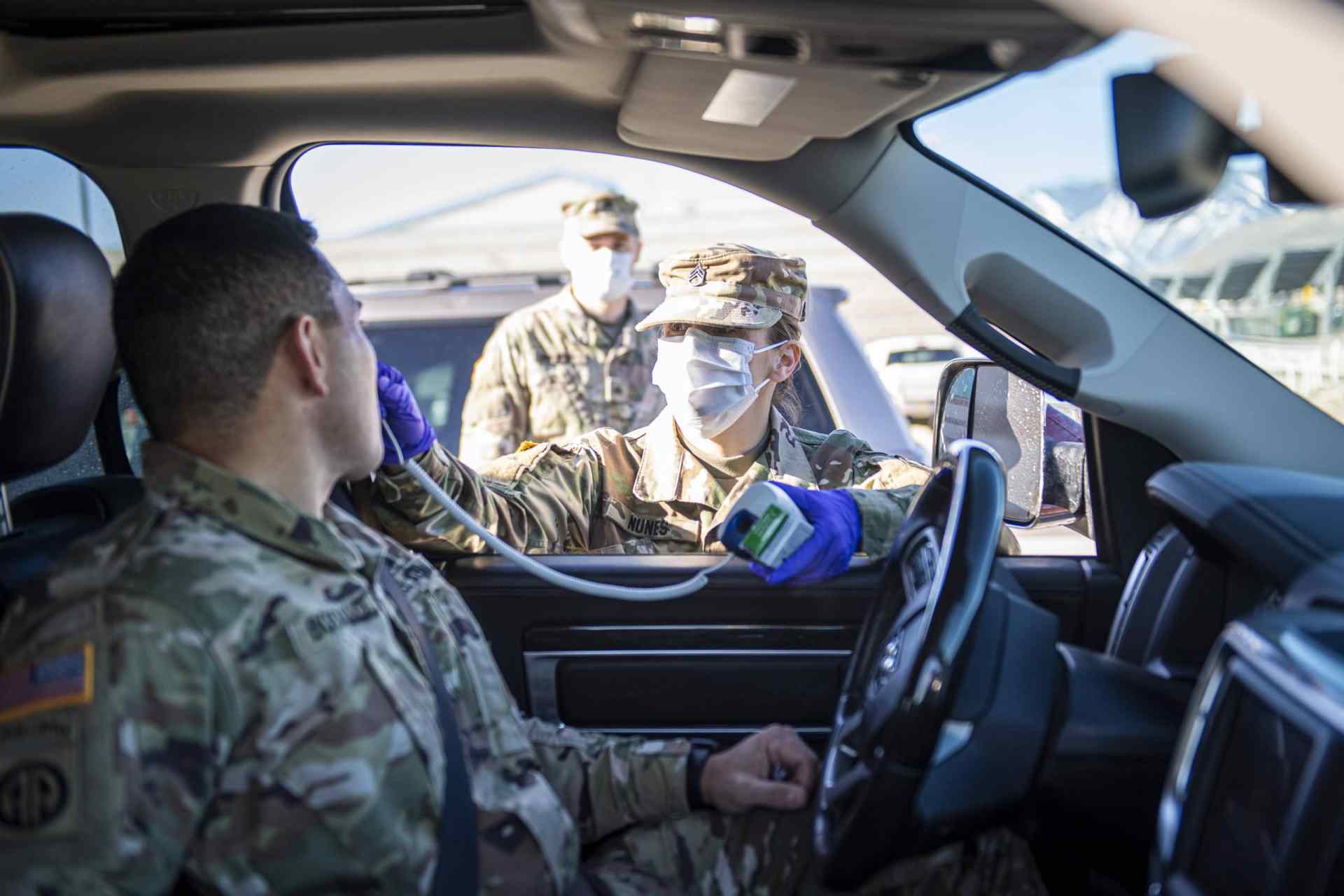 Staff Sgt. Jennifer Nunes, a health care specialist assigned to the Northern Nevada Medical Detachment Nevada National Guard, checks the temperature of a Soldier at the front gate of the Office of the Adjutant General complex in Carson City, April 1, 2020. The Nevada National Guard started screening the Soldiers, Airmen, and civilians that continue to work despite the COVID-19 outbreak. (National Guard photo by Sgt. Walter H. Lowell)
Share
0
FacebookTwitterPinterestLinkedinTumblrRedditWhatsappTelegramEmail

CARSON CITY — The largest state activation in Nevada National Guard history is underway after Gov. Steve Sisolak today called another 700 soldiers and airmen into operations in the fight against COVID-19. That brings the total number of Nevada National Guardsmen assisting in the effort to about 800

This latest activation of personnel will focus efforts in Las Vegas, which has Nevada’s highest concentration of cases and COVID-19 related deaths. Their tasks will be to provide medical support, food bank and warehouse logistics, transportation of supplies and set up of alternate care facilities. The 106 personnel called to action April 6 have been focused on donation management and supply distribution operations.

Guard medical professionals already working COVID-19 response in their civilian professions will not be asked to report and will remain working their critically important full-time jobs.

Other notable activations of the Nevada National Guard include about 400 Guardsmen during the post-Rodney King verdict riots in Las Vegas in 1992, at least 200 during the northern Nevada floods of 1997, and 140 in response to flooding in Lemmon Valley in 2017. The Nevada Guard includes about 3,200 Soldiers and 1,200 Airmen able to respond and assist any community in the Silver State.