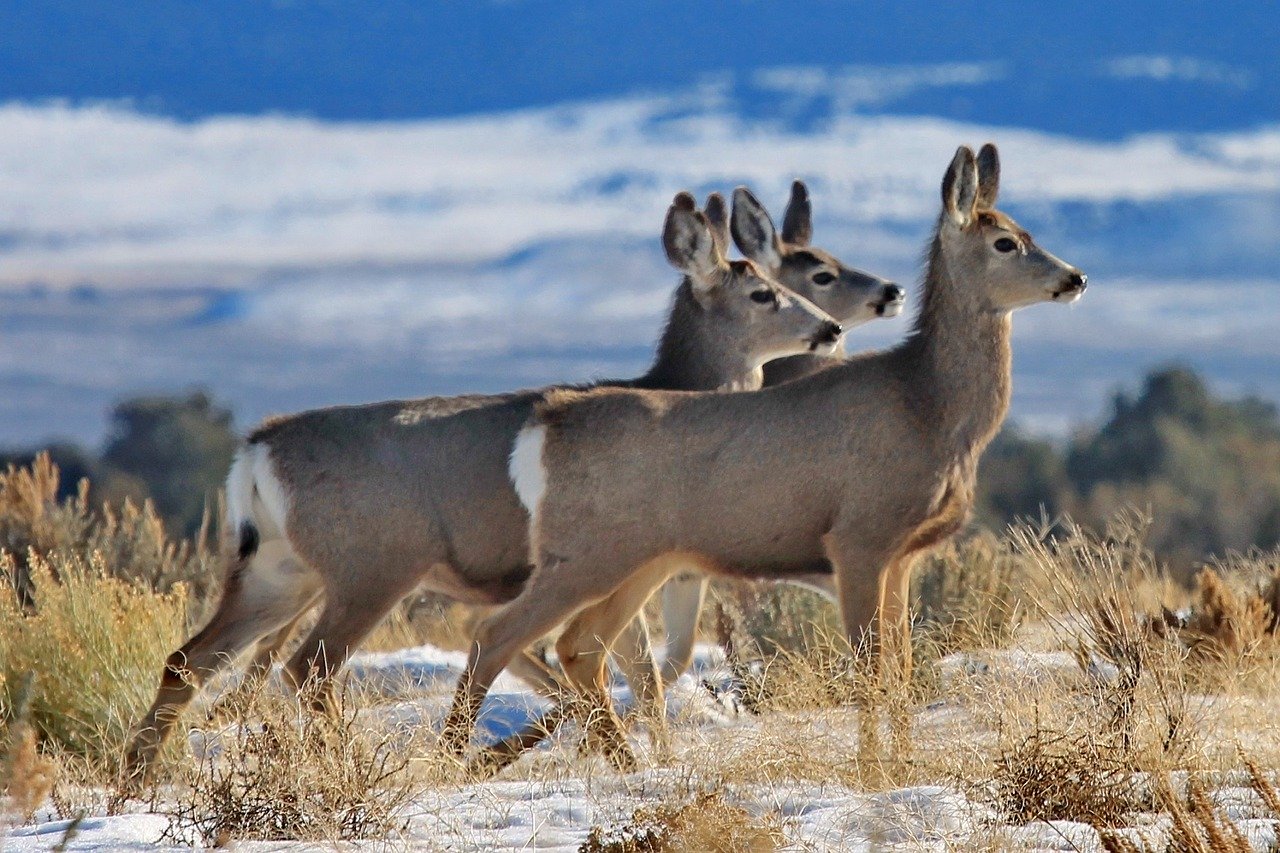 Each year, thousands of mule deer use the above overpass to cross Interstate 80 in northeastern Nevada during their migration from the Jarbidge Mountains to the Pequop Mountains. A new poll shows strong support among Nevadans for such wildlife crossings.

That’s according to the Pew Charitable Trusts, which commissioned the survey.

“Nevada voters broadly agree that policies to protect wildlife migration routes in the state are important,” the survey results indicated. “More than nine in ten (93%) Nevada voters characterize these policies as ‘somewhat’ important—including nearly two-thirds (65%) who say it is ‘very important.'”

Roads and highways often cut through wildlife migration routes, which, according to Matt Skroch and Nic Callero with The Pew Charitable Trusts’ U.S. public lands and rivers conservation team, have “led to an increase in costly—and often deadly—animal-vehicle collisions, and a recognition of the need for solutions, such as overpasses and underpasses for wildlife to use to cross roads.”

The Pew poll found that that 93 percent of registered voters in Nevada believe that it is important to adopt policies to protect wildlife migration routes in their state, they said.

Nevadans, they added, overwhelmingly support solutions that safeguard migration routes for species such as mule deer, pronghorn antelope, and elk by protecting large blocks of habitat on public land and building wildlife overpasses and underpasses where collisions with vehicles commonly occur.