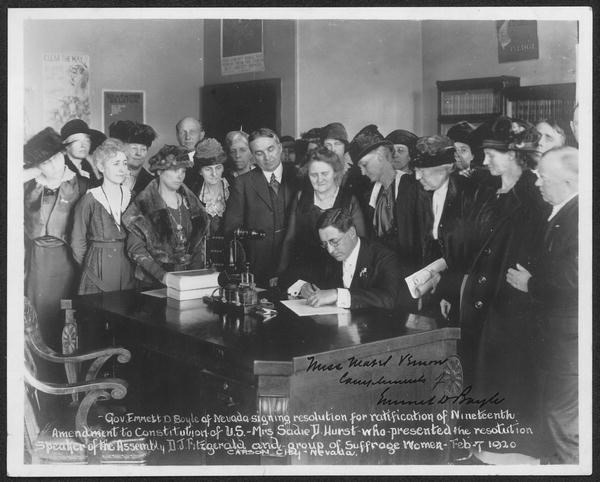 LAS VEGAS — A new historical marker is being placed in downtown Las Vegas tomorrow and will commemorate the 100th anniversary of the 19th Amendment’s passage.

“It has been remarkable to discover the breadth and longevity of activity across the state that led to this win,” said UNLV history professor Joanne Goodwin said. “The organizations have demonstrated the truly national effort of the campaign.”

Las Vegas’ contributions to the suffrage campaign 100 years ago included speakers who came to the area from as far as New York.

“The historic markers project emerged from the National Votes for Women Trail, a project of the National Collaborative for Women’s History Sites,” according to UNLV. “Nevada passed a woman suffrage bill in 1914, and active members of the state campaign went on to work for suffrage in other states and set up voter education groups in the state.”