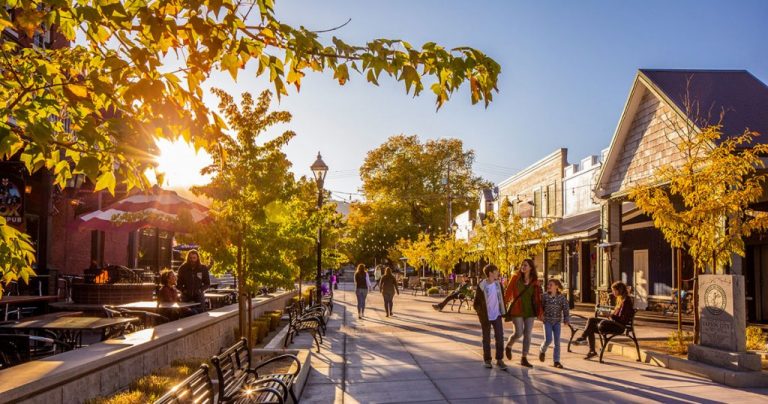 Carson City was a 19th century hub for mining, transportation and more. It was the place where a young Samuel Clemens began his literary career, and where his nom de plume Mark Twain was first revealed. Carson City was as Old West as they came.

That is one reason Carson City is #10 among True West Magazine’s 2020 Top Western Towns. They are featured in the February-March 2020 issue.

The Nevada State Museum offers a mine tour that begins in its basement and takes visitors through tunnels and a replica mining camp. The Nevada State Railroad Museum has an exhibit commemorating the completion of the transcontinental railroad. See the only railroad car still in existence that was at Promontory, Utah, that historic day in 1869. Ride in a Pullman coach on the V&T Railway from Carson City to Virginia City, a 24-mile round-trip through tunnels and wonderful scenery. Watch for wild mustangs roaming the passing countryside. Get a passport to visit shops and restaurants in downtown’s historic district. The classic 1976 Western, The Shootist, John Wayne’s last movie, was filmed there. The Kit Carson Trail, a downtown walking path, passes the Nevada State Capitol and grand Victorian homes like the Ferris Mansion, built in 1863 by the inventor of the Ferris wheel. Take a self-guided tour of the Stewart Indian School, cell phone in hand, and listen to the stories of its rich history. It is on the National Register.

“Carson City has a long history and heritage in the Old West,” said True West Executive Editor Bob Boze Bell. “Mining, railroads, Native Americans and so much more. And the residents have done an outstanding job of maintaining and telling the story. Carson City istruly a Top Western Town.”

This is the 15th year True West has presented this annual award. Editors base their selection on criteria demonstrating how each town has preserved its history through old buildings, museums and other institutions, events and promotions of historic resources.

True West magazine is in its 68th year of leading the way in presenting the true stories of Old West adventure, history, culture and preservation. For subscriptions and more information, visit TWMag.com or call 888-687-1881.

For more information on Carson City, check out the website at visitcarsoncity.com.

Carson Sheriff: Law enforcement prepared for protests leading up to...