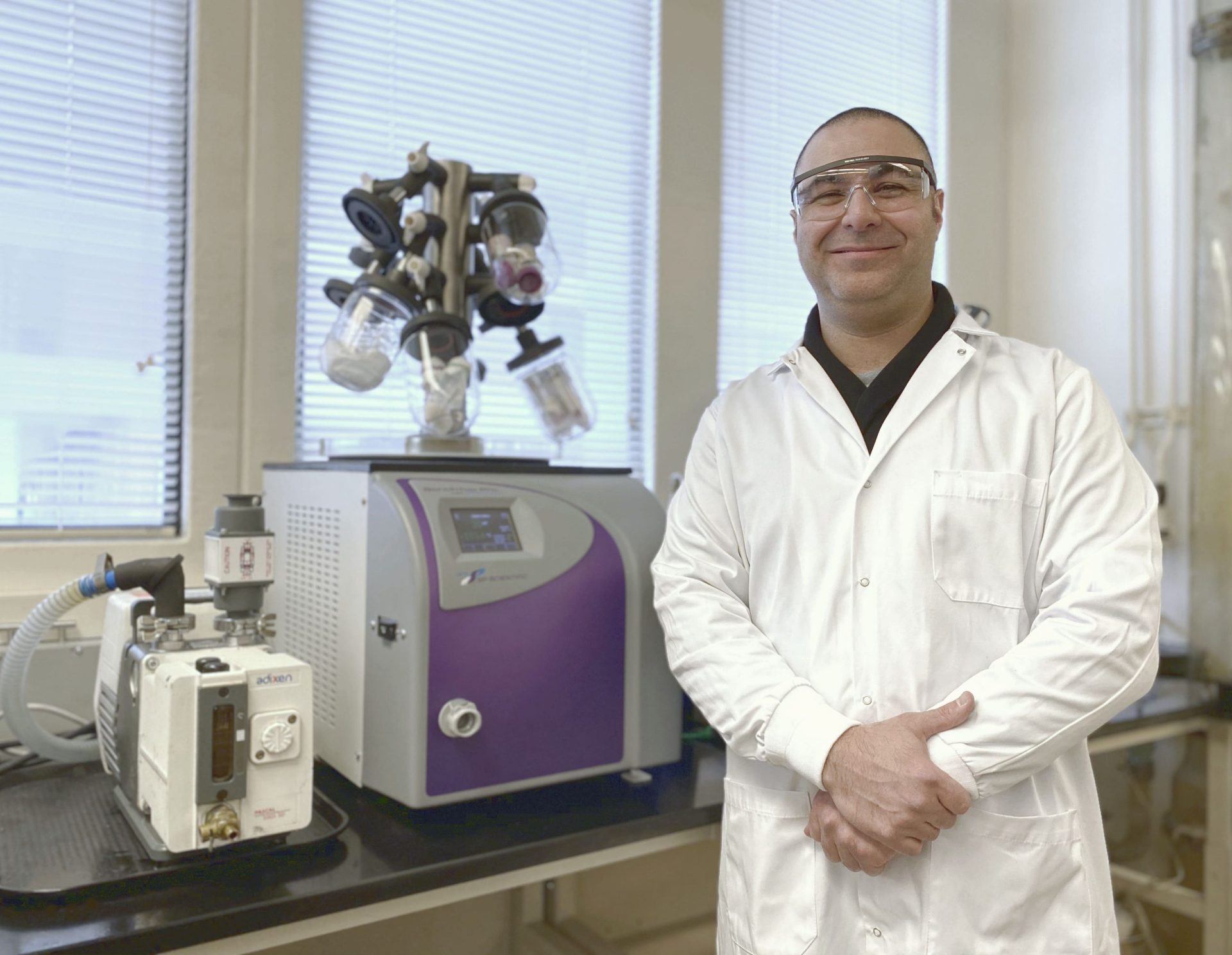 Results of research by chemical biologist Yftah Tal-Gan and his team may lead to medical advances to aid the treatment or prevention of deadly bacterial diseases like Streptococcus pneumoniae in the future. Image: UNR.
Share
0
FacebookTwitterPinterestLinkedinTumblrRedditWhatsappTelegramEmail

RENO — Researchers from the University of Nevada, Reno have shown that stopping bacterial cells from communicating can prevent them from amassing their lethal armies.

The team studied “quorum-sensing” bacteria that synchronize the activities of large groups of cells by communicating via chemical signal molecules. The potentially game-changing research has just been published in the prestigious Proceedings of the National Academy of Sciences.

Streptococcus pneumoniae attacks compromised or undeveloped immune systems, making the elderly and children especially vulnerable. It is blamed for over 22,000 deaths, 400,000 hospitalizations and $3.5 billion in health care costs annually in the United States alone – and an estimated 800,000 deaths globally among children age 5 and under.

“People don’t realize it, but bacteria are smart – they communicate, they adapt,” Tal-Gan said. “The big issue today is that Strep pneumoniae builds up resistance to drugs, making them stronger and rendering the antimicrobials ineffective. Through our research, we have synthesized peptides in a way that interrupts the bacteria’s communication, keeping them from rallying their harmful forces and from initiating resistance to drug therapies.”

Not only do bacteria communicate, they use the buddy system.

“It makes sense that if you get a scratch, you’ll have a few bacteria in your bloodstream,” Tal-Gan explained. “Your strong immune system is going to kill them in a second. So instead, the bacteria are going to hide and build their army. It’s only when they reach critical mass (a “quorum”), when they know they have the numbers, that they begin synchronizing all together to start producing virulence (disease-producing) factors to overwhelm the immune system and establish an infection.”

By exploiting this mechanism, Tal-Gan’s team has demonstrated that it is possible to moderate or eliminate the bacteria’s disease-producing capability without killing them, preventing the unintended-but-certain resistances the world is grappling with today.

The findings are now being published within the international scientific community.